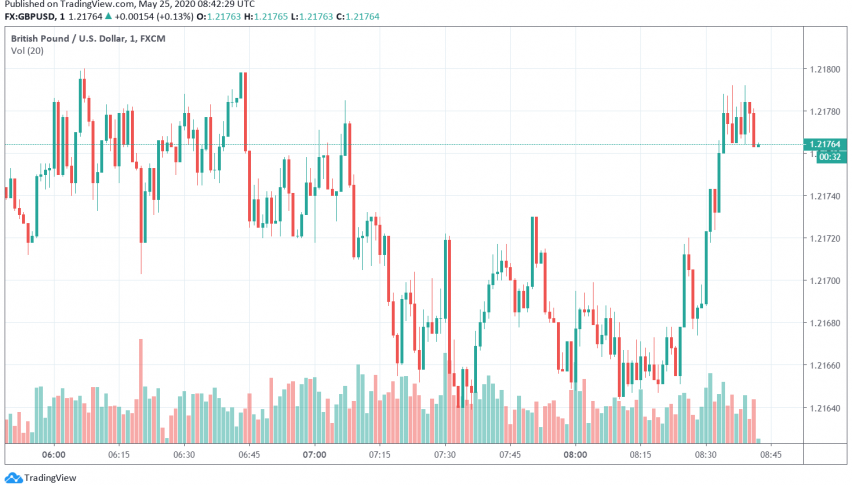 The Pound is trading under pressure against the US dollar as forex traders once again move towards the safety of the greenback and away from other riskier currencies, in the wake of escalating tensions between the US and China. At the time of writing, GBP/USD is trading around 1.217.

The risk sentiment in markets remains subdued as the focus shifts to signs of strain between the two world leaders after China proposed to implement a national security law on Hong Kong. The US raised concerns against such a move, cautioning China that it could impose sanctions and worsen relations between the two countries.

Meanwhile, GBP/USD also continues to trade bearish after weakening last week following the release of disappointing economic data getting the UK. While retail sales across Britain fell by 18% during April, public debt of the country has increased to nearly 100% of GDP as a result of higher borrowing by the government in the wake of the coronavirus crisis.

Additional weakness in GBP/USD was also driven by a renewed focus on Brexit uncertainties after Britain and the EU restarted trade negotiations, which failed to make much progress. In the wake of recent weak data releases from the UK, there is also increased speculation among traders that the BOE could consider cutting interest rates below zero, which is also exerting downward pressure on the Cable of late.