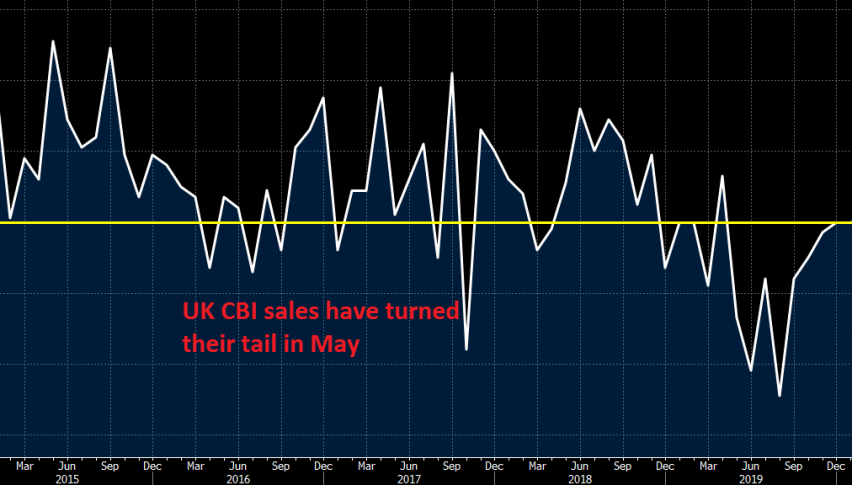 Let's hope the trend changes from now on

The UK economy dived really hard during March and then even further during April, as the country went into a shutdown. We’re still in lockdown mode in May, although some sectors are starting to reopen and the data is not as bad as last month.

Retail sales balance is seen falling further but not as badly as expected, with CBI reporting that supply chain disruptions have worsened since April. The report also shows that over half of retailers are temporarily laying off staff, with 80% reporting cash flow difficulties.

This paints a bit more colour about the situation on the ground in the UK economy. The readings here are an indicator of short-term trends in the retail and wholesale sector of the UK economy.

A bit of new recovery shape being introduced there by Haldane, i.e. lopsided V-shaped. But overall, he doesn’t sound too pessimistic and that’s a key takeaway. There’s no major pushback on negative rates as he just reaffirms that they are talking about it but haven’t reached any firm decision on whether to pursue it down the road. I reckon that’ll depend on inflation pressures and economic circumstances, with cues from the Fed also one to watch (so far nothing on this yet).