Daily Brief, Jun 1: Everything You Need to Know About Gold Today - Forex News by FX Leaders 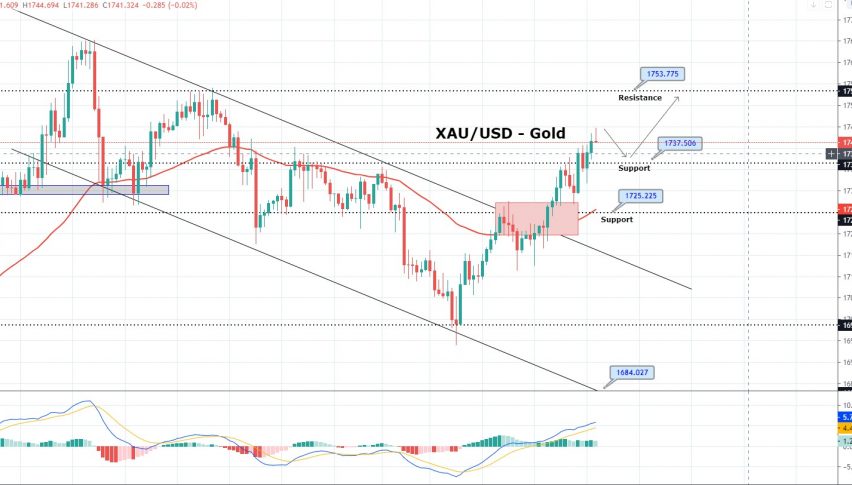 Daily Brief, Jun 1: Everything You Need to Know About Gold Today

Welcome back to another exciting week. Gold is on a bullish move in on the back of safe-haven appeal in the market. Let’s take a look at the technical and fundamental outlook today. The precious metal prices closed at $1728.76 after placing a high of $1737.70 and a low of $1712.60. Overall the movement of GOLD remained bullish throughout the day.

According to Powell, many red lines were crossed in this crisis that had not been crossed before. He said that the central bank had seen the need to use its tools to its fullest extent as the coronavirus lockdowns had shuttered the economies and caused the US unemployment to soar.

It would be the first time since the Great Depression that the Federal Reserve would launch a program that would lend to companies instead of banks. The Main Street program will consist of unique loans to individual businesses. Powell said that it was far and away the biggest challenge of the 11 facilities that the Fed had set up.

Powell stressed that a second wave of the virus would undermine the public confidence and could make recovery even longer and weaker. Powell’s comments decreased the risk sentiment from the market and raised uncertainty, which gave a boost to gold prices on Friday.

Meanwhile, Donald Trump said that the United States was terminating its relationship with the World Health Organization (WHO) due to its mishandling of the coronavirus pandemic and accused the UN agency of becoming a puppet of China.

The United States joined the Geneva-based agency in 1948, and Trump immediately halted the decades-long membership over the growing tensions between the US & China. Trump said that the funds of WHO would be redirected to other worldwide and deserving urgent global public health needs.

The decision to halt the relation with WHO by Trump was followed by the pledge taken by Chinese President Xi Jinping to give $2 billion to the WHO over the next two years to help fight the coronavirus crisis. The amount almost equals last year’s entire annual budget of WHO. In April, Trump stopped the WHO funding by the US and gave it 30 days to commit to reforms. On Friday, Trump said that because WHO has failed to make the requested and greatly needed reforms, the US will be terminating the relationship with WHO.

This move by Trump was not expected and raised uncertainty in the market, making the demand for safe-haven gold higher and raising its prices. However, Trump did not stop there; on Friday, Trump also issued a proclamation suspending the entry of Chinese students and scholars that the US administration considers to have ties with China’s military. A statement released from the White House said that from June 1, US would not allow entry to such students to study graduate-level research.

According to the announcement, the Secretary of State will also consider whether to revoke the legal status of some Chinese nationals who currently have the F student or J researcher visas and were suspected of having military ties. Gold prices surged on the back of heightened tensions between the world’s two largest economies. 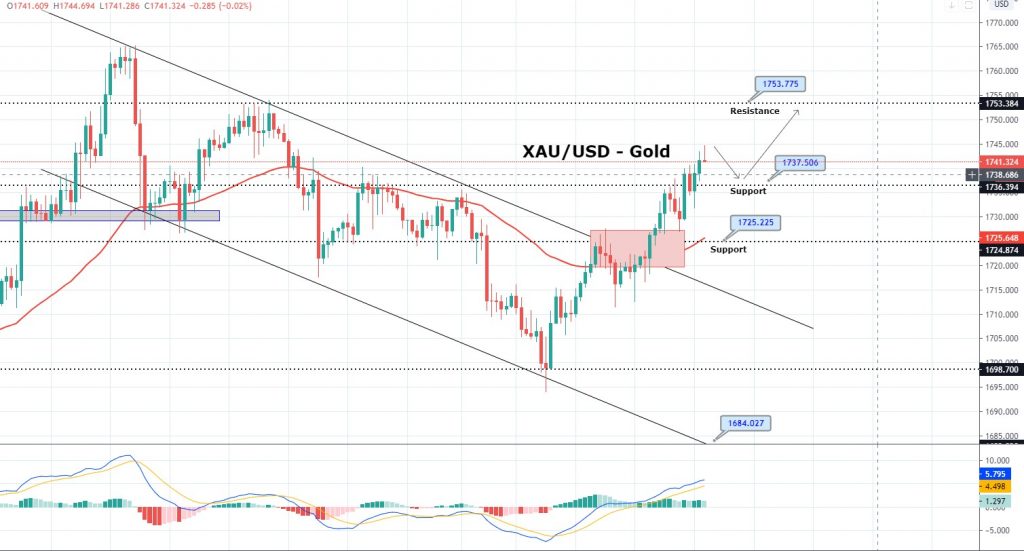 Gold prices are on a bullish move, and as we can see on the 4-hour chart above, the precious metal has violated the triple top pattern, which was providing resistance around 1,737. Bullish crossover of this level may drive buying trends until the next resistance level of around 1,753. The MACD and 50 EMA are supporting the bullish bias in gold today.

Forex & Commodities Trading Levels to Watch on Wednesday
1 hour ago