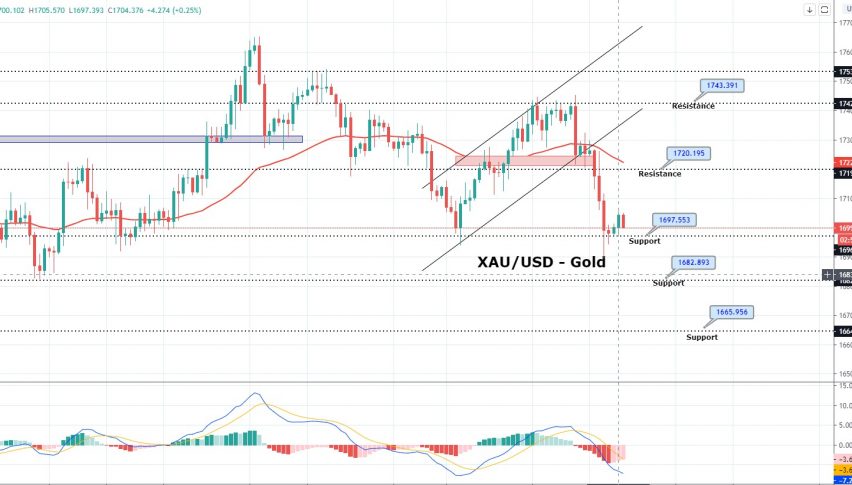 The precious metal gold prices closed at 1697.90 after placing a high of 1731.91 and a low of 1689.44. Overall the movement of gold remained bearish throughout the day. GOLD prices extended the previous day’s selling bias and dropped below 1690 to post losses for the second consecutive day. The yellow metal fell more than 2% on the day due to increased risk appetite across the board.

The risk sentiment gained over rising hopes of a faster recovery from coronavirus-driven economic slump after reopening of economies from across the globe. Market participants largely overlooked the increasing civil unrest in the United States and continued to support the risk appetite.

Due to increased risk sentiment in the market, global equity markets rose riskier assets and currencies gained against the US dollar on Wednesday. The investor confidence was further boosted by the hopes of additional monetary stimulus from central banks after the increased easing of lockdowns. Hence, increased risk appetite weighed on yellow metal prices and made them post losses on the day. On the other hand, economic data from the United States regarding private payrolls fell but by less than expected due to the reopening of businesses. The data from the Institute of Supply Management also showed an improvement in Services PMI and helped the US dollar move upward.

At 17:15 GMT, the ADP Non-Farm Employment Change showed a total of 2.76M job loss in May, which was expected to be 9.0M and helped the US dollar gain traction in the market. At 18:45 GMT, the Final Services PMI from the US came in line with the expectations of 37.5 for the month of May. At 19:00 GMT, the ISM Non-Manufacturing PMI surged to 45.4 from the expected 44.2 in May and raised bars for the US dollar. The Factory Orders in the month of April showed a decline of 13% against the expected reduction of 13.7% and helped the U.S. dollar to attract investors. Better than expected economic data from the United States added to the strength of the US dollar and further weakened gold prices on Wednesday.

On Wednesday, hundreds of people walked peacefully in large groups across Manhattan and Brooklyn despite the curfew in New York City. However, clashes and looting were absent from those protests, and this was only because Trump decided to go against his previous day’s announcement to use the military to control the ongoing unrest. He backed down from his own decision, and people also appreciated it and stopped looting and destruction and preferred a peaceful protest instead.

The protests started against the death of an unarmed black man, Goerge Floyd, at the hand of US police. Gold, which is a safe-haven asset, should have gained in such political unrest, but as the risk sentiment was on, the US equity markets moved higher, causing a decreased demand for the safe-haven yellow metal. 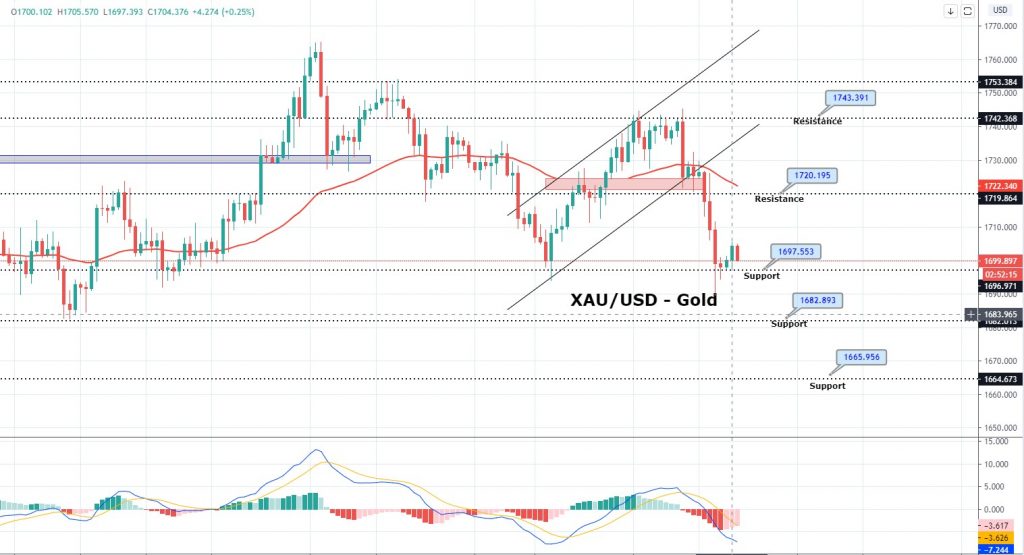 The precious metal fell sharply to place a low of 1,690 level on the release of surprisingly positive Advance NFP figures, which drove the bullish trend in the US dollar. For now, gold is likely to go after 38.2% Fibonacci retracement at 1,706 and above this next resistance is likely to be found around 1,712 and 1,717 that marks 50% and 61.8% Fibonacci retracement. While support stays at 1,694 level today. Bearish bias seems dominant today. 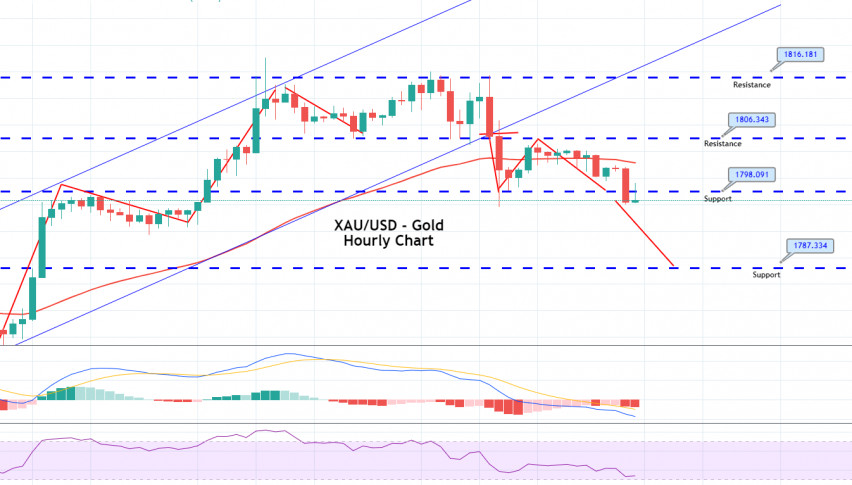 Daily Brief, July 10 - Everything Thing You Need to Know About Gold!
3 days ago