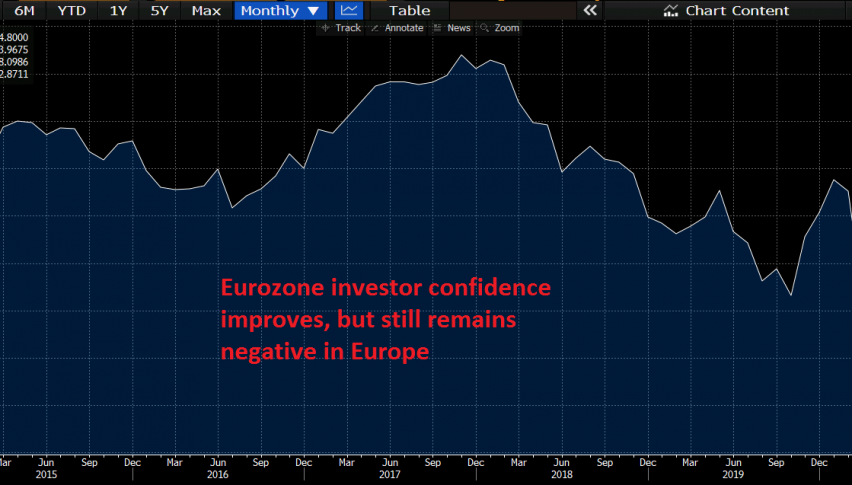 The Sentix investor confidence was week already last year, turning positive and negative form month to month. But, it turned massively negative in March, falling to -17.1 points, as Europe went into shut-down of the economy. In April the confidence fell further to -42.9 points, while improving slightly to -41.8 points in May.

This month, Europe is getting out of the lock-down and the sentiment improved further to -24.8 points, but that’s still pretty bad. Below is the Eurozone Sentix investor confidence, as well as the German industrial production.

German Industrial Production for May

April was expected to be bad and markets were expecting for another bad reading this month. These figures show a deeper than expected contraction and EURUSD ticks down a few points on the release. Not a massive surprise to see poor data here, but German industrial production woes have been a constant source of strain for the last 18 months or so. First US-China trade war induced slowdowns, now COVID-19.