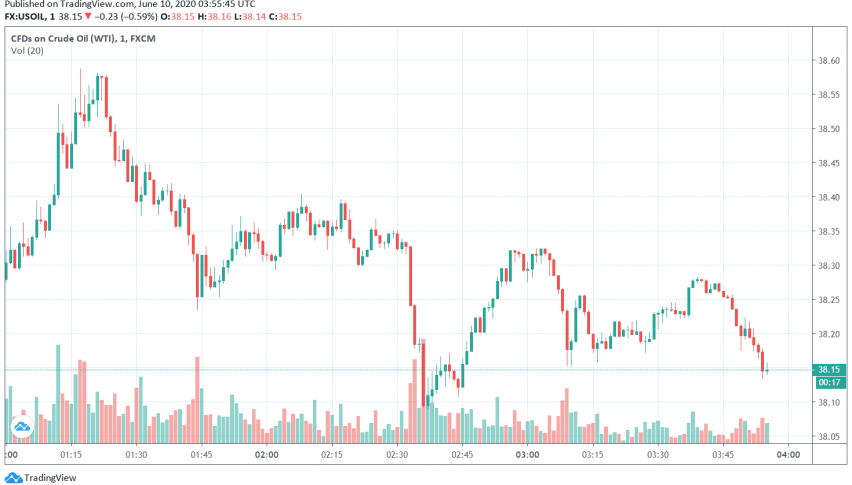 Early on Wednesday, WTI crude oil prices have weakened on the back of an unexpected build in US crude inventories over the previous week, reigniting worries about oversupply even as economies reopen. At the time of writing, WTI crude oil is trading at around $38.15 per barrel.

In the previous session, WTI crude oil prices had gained by around 2% over optimism surrounding economic recovery as countries lifted lockdown measures, even as OPEC+ nations agreed to extend deeper supply cuts for one more month. However, some analysts have expressed caution over the sudden uptick in oil prices even as demand is yet to pick up at a corresponding pace.

According to the API report which released on Tuesday, crude stockpiles in the US grew by 8.4 million barrels during the past week. Economists had forecast a drawdown of 1.7 million barrels for the period instead.

Crude oil has also come under pressure over worries that, even as economies reopen, recovery could take much longer. A return to pre-pandemic levels of economic growth could take significant amount of time amid rising levels of unemployment across most countries in the world, which could keep oil demand under check in the coming months.

Arslan Butt // Index & Commodity Analyst
Arslan Butt is our Lead Commodities and Indices Analyst. Arslan is a professional market analyst and day trader. He holds an MBA in Behavioral Finance and is working towards his Ph.D. Before joining FX Leaders Arslan served as a senior analyst in a major brokerage firm. Arslan is also an experienced instructor and public speaker.
Related Articles
WTI Crude Oil Extends its Bullish Overnight Run-Up - A Fundamental Outlook!
The [[WTI]] crude oil prices managed to extend its bullish overnight rally and hit the intra-day high level around above mid-$42.00, mainly
15 hours ago 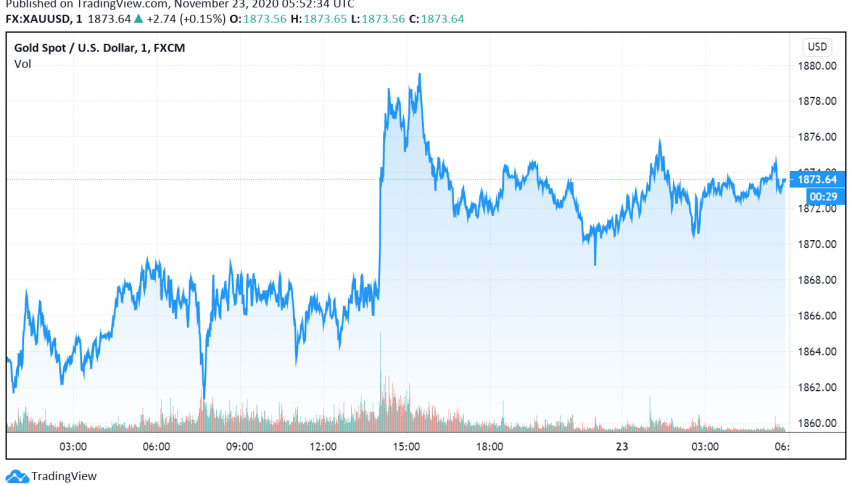 Gold Gains as Dollar Dips, Hopes For More Stimulus in US Support
17 hours ago