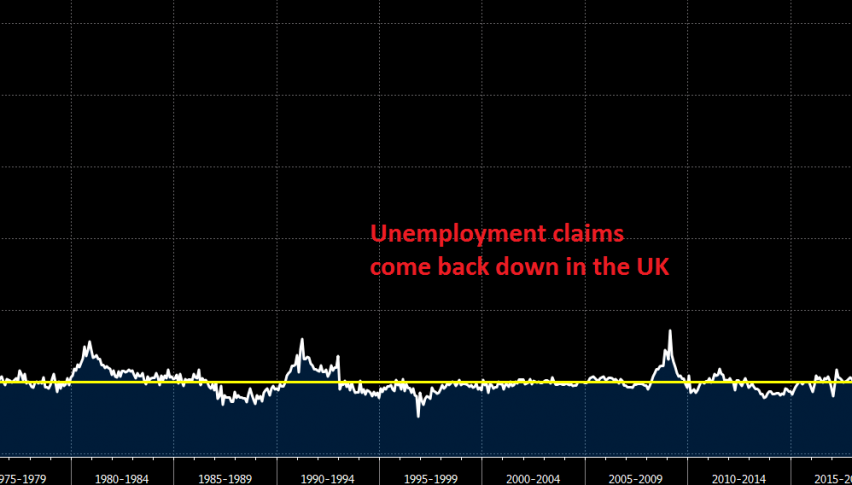 Unemployment claims have been surging all over the world and they jumped higher by more than 1 million in April, while coming at above 500k for May, as this morning’s employment report showed. But, the unemployment rate has remained unchanged throughout this time at 3.9%. On the other hand, earnings have declined considerably, falling to just 1%.

Jobless claims aren’t as high as they were in April (peak of the lockdown and fallout from the virus outbreak), but they are still relatively elevated from a historical perspective as seen by the chart. That once again reaffirms the impact of the virus outbreak and the weaker wages data will only serve to create more of a headache for the BOE as that will weigh on inflation. The pound is holding steady on the release with cable seen at 1.2660 still, a little over 0.4% higher on the day amid a weaker dollar on the better risk mood.