The Euro has been quite volatile recently, like most other major currencies, as the coronavirus broke out in Europe and the lock-down that followed it put the global economy in probably the worst recession since 1930s. Many sectors have dived deeper than in 2008-09 financial financial crisis and economic recession. The Euro has been weak in the last two years, especially in 2019, as the Eurozone manufacturing was suffering due to the global trade war and it fell in contraction in large European countries. On February this year, the coronavirus broke out and we have seen some very volatile times in EUR/USD since then.

This pair surged 7 cents higher to 1.15 in the last week of February and the first week of March, but then reversed back down from the 100 SMA (grey) on the H4 chart, which has acted as resistance. This pair declined nearly 9 cents lower and traded sideways for a couple of months, but in late May we saw another surge higher. But, the 100 SMA acted as resistance again on the weekly chart. EUR/USD has reversed back down now and has formed a bearish reversing signal. But, the Euro has several reasons to be more supported in the coming months, which suggests that the 50 SMA might turn into support at around 1.10 for some time. 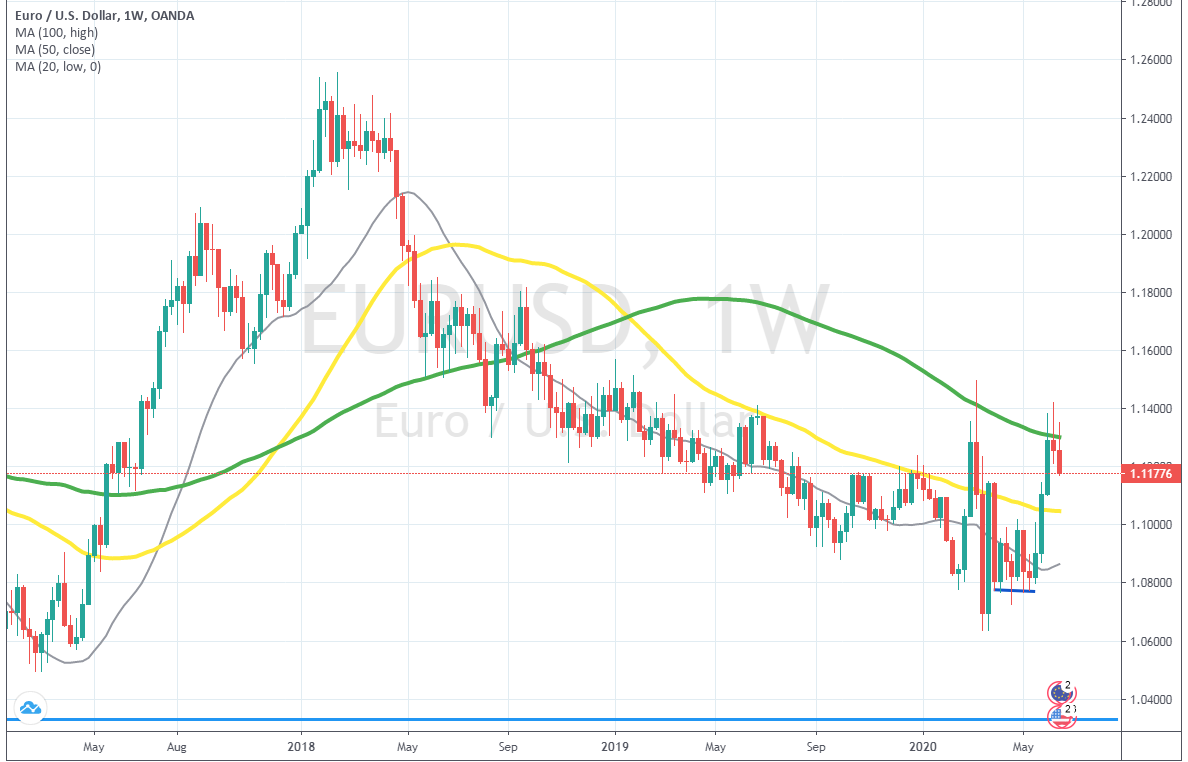 So, the near-mid term future doesn’t seem too dark for the Eurozone and the Euro. On the other hand, this will be a long year in the US. Protests and the looting are hurting businesses that have just reopened, while the lock-downs are still in force in some states. I think that this turmoil will continue until the elections or even after Trump wins a second term, as it has happened in the last few decades with every US president. So, EUR/USD should remain supported this year and 1.10 might actually turn into support for this pair.