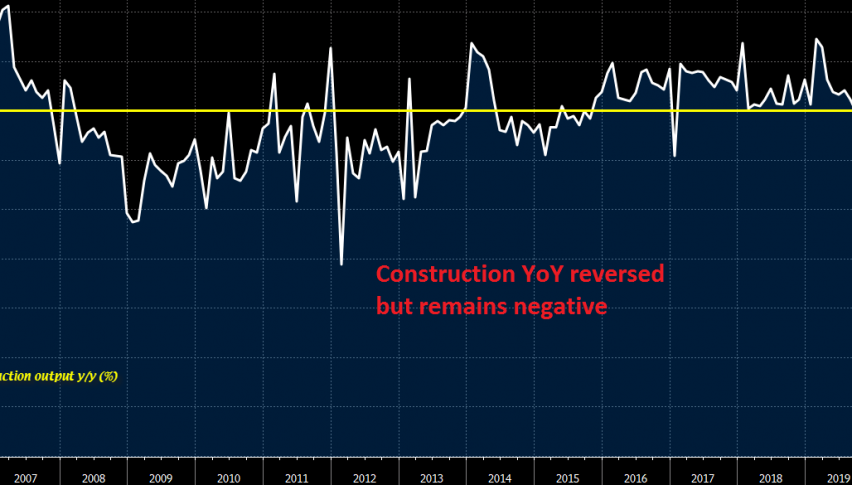 Construction PMI made a reversal in May

Inflation weakened considerably in March and April in the Eurozone, while in May it fell to just 0.1%. But, CPI (consumer price index) increased to 0.3% YoY in June, while core CPI stood at 0.8%. Construction dived hard during the lock-down months, but today’s report showed that it jumped higher in May, although the YoY number still remains negative.

No change to the initial estimates as this reaffirms that inflation pressures in the euro area are largely flagging, with the core reading having eased to its lowest level in over a year in the month of June. The euro is keeping more perky for now as negotiations on the recovery fund begin, with EUR/USD seen higher at 1.1417 currently.

Construction activity rebounded in May amid the easing of lock-down restrictions in the region but are still largely subdued as compared to conditions seen a year ago. The revised readings also saw the April drop being much steeper than initially reported last month.
Check out our free forex signals
Follow the top economic events on FX Leaders economic calendar
Trade better, discover more Forex Trading Strategies