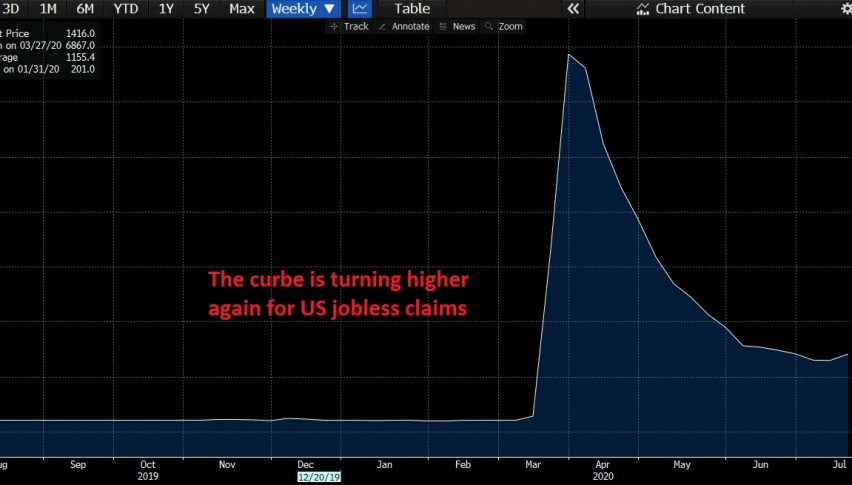 Is US Recovery Flattening, As Unemployment Claims Increase Again?

Unemployment claims remain high in the US

US unemployment claims surged in the US during March and April, reaching to 6 million weekly and to around 40 million unemployed people. Jobless claims cooled off eventually, falling to 1.3 million in the second week of July. The decine was already slowing considerably in recent weeks, while today’s report showed that claims rose again last week.

This is not a good sign, showing that the recovery might be slowing or even flattening out in the US. New York FED’s Dudley is also worried about this and today’s number’s confirm his worries.

The streak of 15 consecutive weeks of initial claims decline has been snapped.  Totals of 1.3 million – 1.4 million is still frightening. US stocks are giving up some of their pre-opening gains. The major indices are implying near unchanged levels for the 3 major indices currently.