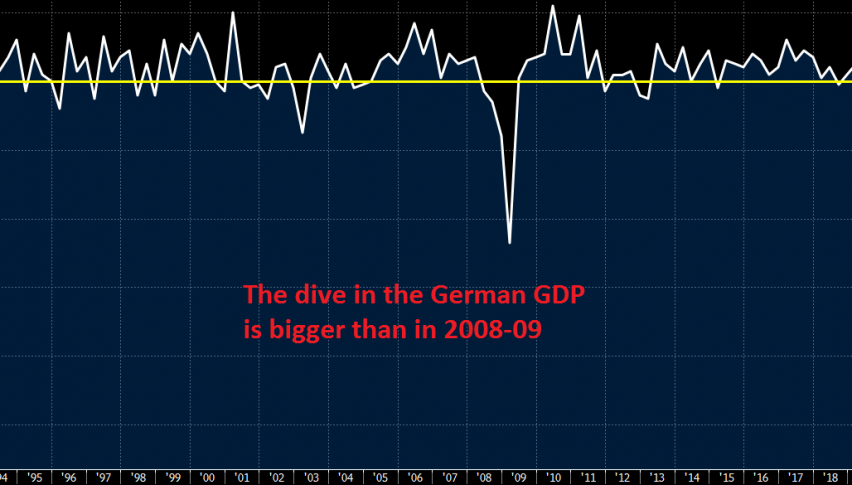 Let's see how much it will reverse in Q3

The German politicians were reluctant to shut down the country in March, although they did some partial shut-downs, which were not as severe as in other countries. Nonetheless, the  economy dived hard during Q2, but not as much as other coutnries, especially the us, which contracted by more than 1/3rd. Below is the German GDP report for Q2:

Slight delay in the release by the source. An unprecedented drop in German economic activity seen in the last quarter but that is expected given lockdown measures and the fallout from the virus outbreak. If anything, one can expect not to see a repeat of this again even if the health crisis worsens in the coming months. Policymakers and lawmakers will certainly not allow that.
The reaction in the euro is rather muted and rightfully so. There isn’t much to gather from the release here besides reaffirming the narrative that Q2 2020 is arguably the worst quarter on record for the global economy. The focus is all about the pace of the recovery now and how things progress in Q3/Q4.
Check out our free forex signals
Follow the top economic events on FX Leaders economic calendar
Trade better, discover more Forex Trading Strategies