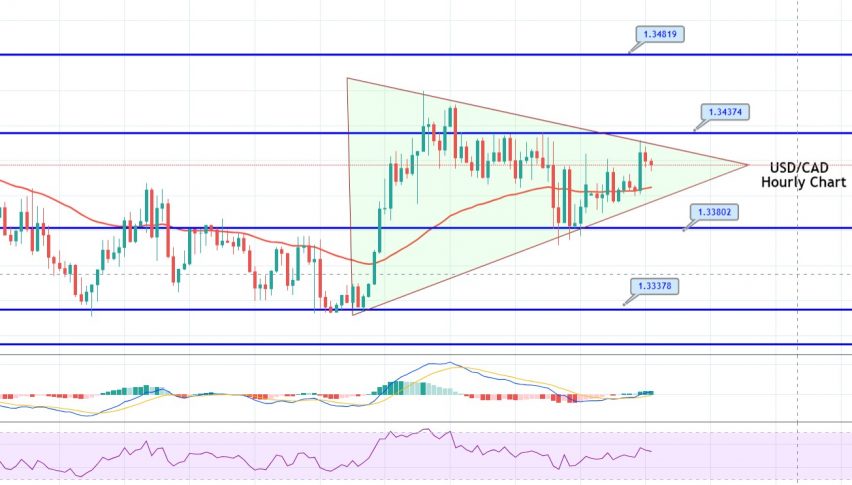 The Gross Domestic Product and Raw Material Price Index, which were better than expected, supported the Canadian dollar, weighing on the USD/CAD pair, and pushing it in a downward direction.

Better-than-expected important economic data from the US on Friday have given strength to the US dollar, which had been bearish for the previous ten days. Investors also corrected, taking profit from the falling US dollar and closing their positions on Friday. This pushed US dollar , and helped limit the fall of the USD/CAD pair.

On the other hand, the Bank of Canada has published its 2021 schedule for policy interest rate announcements and other major publications. The Bank of Canada changed the effective date of rate decisions.

Furthermore, the WTI Crude Oil prices also supported the movement of the Canadian Dollar on Friday, after it rose above $ 40. The rise in Crude Oil prices on Friday gave the Commodity-linked currency, Loonie, a boost, ultimately weighing on the USD/CAD pair, which dropped further after the increase in crude oil prices.

The USD/CAD is trading with a neutral bias at around 1.3385, and overall it is remaining within a bearish channel that provides resistance at the 1.3385 level. On the lower side, a bearish breakout on the 1.3362 level could extend sell-off until the next support level at 1.3318. Further selling bias could be seen below the 1.3318 level. Overall, the RSI and MACD also support selling. Therefore, we should be looking for selling trades below the 1.3360 level, in order to capture a quick 50 pips. Good luck!

List of US Companies Releasing Earnings (EPS) Today
20 hours ago