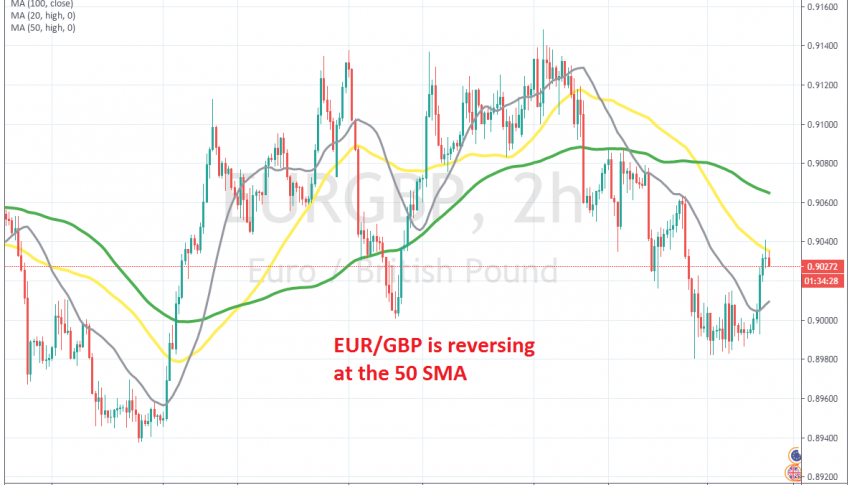 The Pullback Higher Should Be Over for EUR/GBP

The pullback is complete

The Euro has turned quite bullish since May, after the comments from EU leaders about the coronavirus recovery fund worth around EUR1.35 billion. That improved the sentiment in the Eurozone, as well as globally, especially for the Euro which has been bullish since then.

EUR/GBP has lost around 170 pips from the top. The 20 SMA has been providing resistance on the H2 chart during the decline, pushing this pair lower. Today though, buyers managed to push above the 20 SMA, but it seems like the 50 SMA (yellow) is acting as resistance now.

We decided to open a sell signal here, since the retrace up is complete on the H2 chart, the 50 SMA is acting as resistance, while the previous candlestick closed as a doji, which is a bullish reversing signal. All technicals are pointing down, so we went short below the 50 SMA, now the reversal is already starting, as the current candlestick shows.

Gold Also Turning Bearish, Showing That Traders Are Turning to the USD Now
2 days ago
Comments