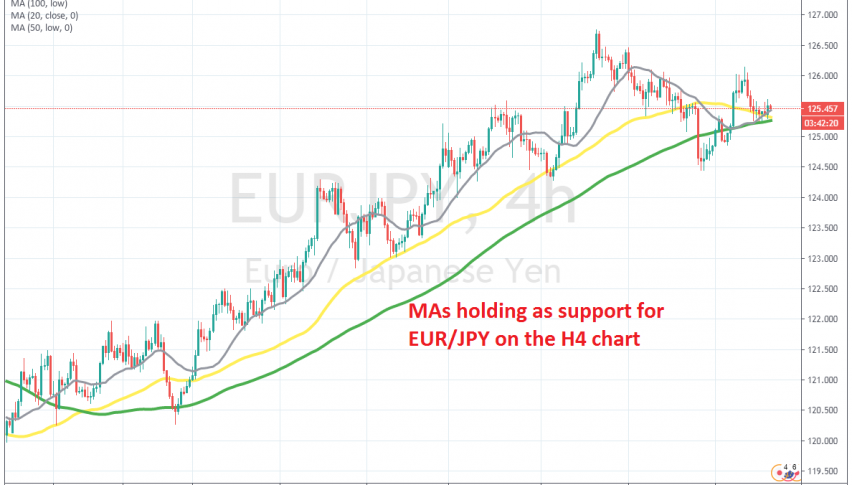 EUR/JPY Forming A Bullish Reversing Pattern on the H4 Chart

We decided o open a buy forex signal at the 50 SMA (yellow) which had been providing support for this pair before.  Although, the declines continued lower, but it ended at the 100 SMA (green). Now, a bullish reversing pattern has formed on the H4 chart, with MAs providing support, while a number of reversing signals have formed now. EUR/JPY pushed 30 pips higher earlier today, but the climb has stopped now. We’re hoping that the bounce comes now, since we are long, but at least the MAs are holding well as support.