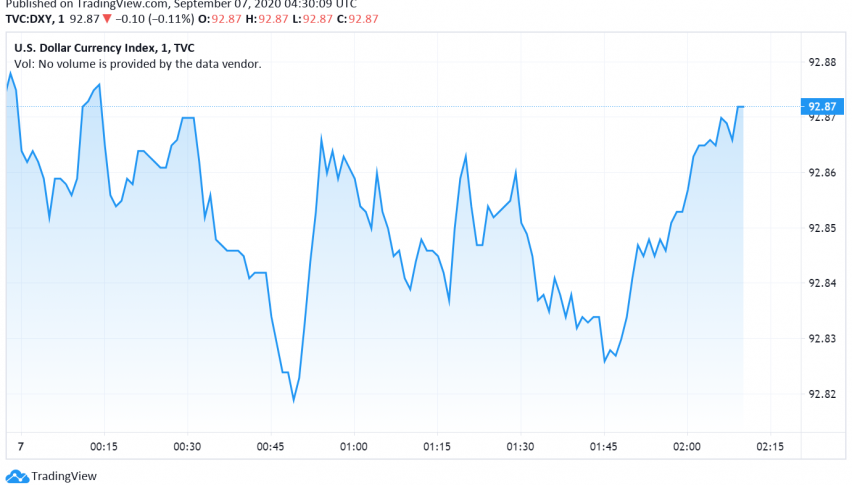 At the start of a fresh trading week, the US dollar is trading somewhat steadier, following the release of the NFP report on Friday. At the time of writing, the US dollar index DXY was trading at around 92.87.

The latest employment report revealed that fewer jobs were added during the month of August, whilst at the same time, permanent job losses climbed higher, as the fiscal stimulus started receding. On a positive note, however, the jobless rate posted a decline from 8.4% to 10.2%, helping the US dollar strengthen to a weekly high against other major currencies.

Later on in the session, the dollar slid lower, after the risk sentiment improved and stock markets made gains, sending investors away from the safety of the currency. The Greenback also continues to draw support from the strengthening of US Treasury yields.

The dollar is unlikely to see significant moves on Monday, as the US markets remain shut for Labor Day. Later this week, investor focus will shift from the US markets to Europe, with the ECB meeting, which could drive moves in the Euro, scheduled for Thursday.