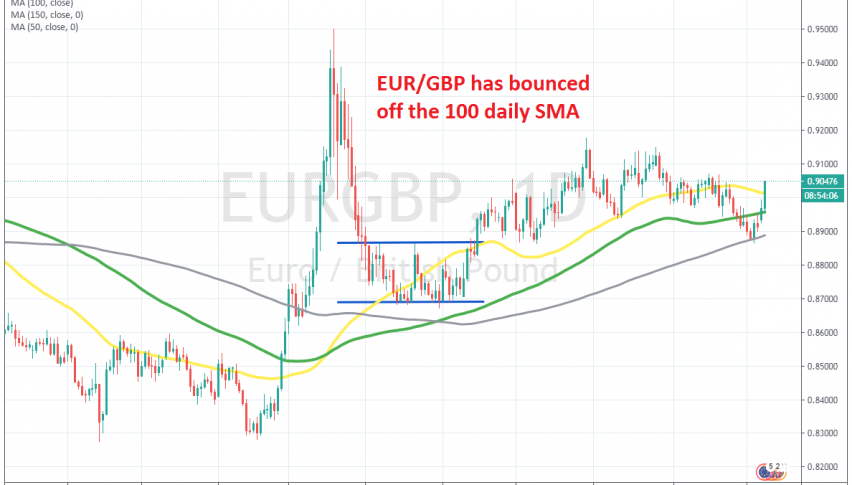 The pullback in EUR/GBP is over now

EUR/GBP turned bearish in August, with GBP/USD climbing more than EUR/USD . That came after a bullish trend, which had been going on since May, after the pullback from the surge in March was over just below 0.87, where this pair formed a support during April and May.

The bullish trend wasn’t too strong, but it was constant. The 50 SMA (yellow) provided support on the daily chart for some time, but buyers were not able to make new highs in July, which was a sign that the bullish momentum was coming to an end for this pair.

The price retraced more than 200 pips lower during August, as the Euro lost some momentum, especially after EUR/USD pierced the big round level at 1.20 briefly. EUR/GBP retreaced lower, but the 100 smooth MA (grey) held as support last week and we are seeing a bounce off that moving average now. The other moving averages have been broken without much resistance, so buyers are back in control now, as the GBP tumbles due to the no-deal scenario for Brexit. So, we wil try to buy pullbacks lower now on this pair. 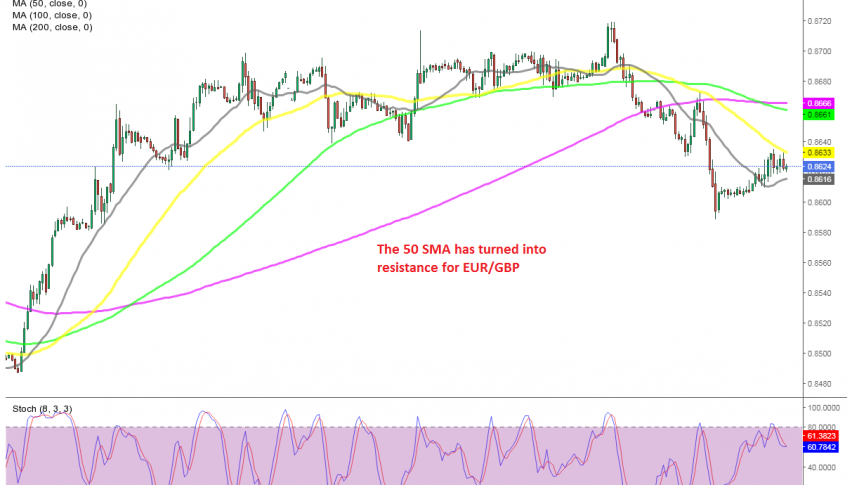