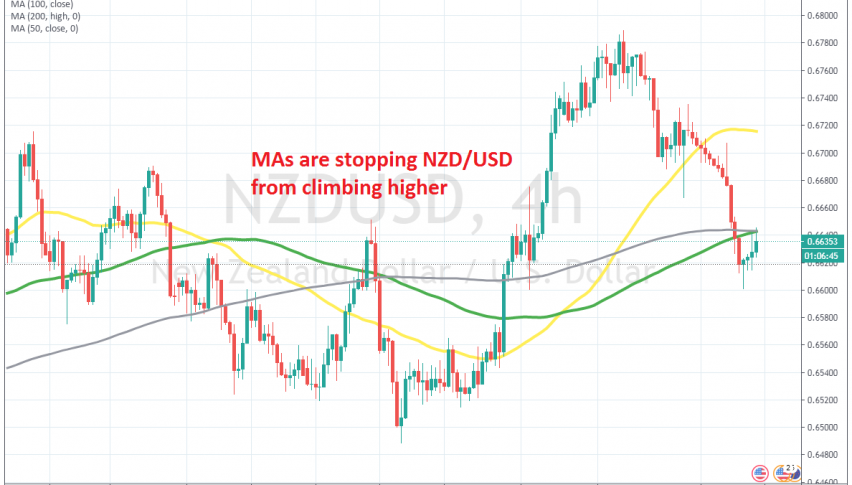 The retrace is not complete, but it seems over

Commodity currencies have been bullish against the USD since the middle of March, when they reversed higher from that crash back then. The sentiment surrounding the USD turned massively bearish since March and it has remained bearish until earlier this month.

The economic recovery which is picking up further pace int he US, while in the rest of the world, the economy is slowing down again, with certain countries looking at toughening up the measures further, as the cases increase. That has improved the sentiment fir the USD this week, turning the Buck bullish across the board.

NZD/USD declined nearly 300 pips, falling below moving averages on the H4 chart, which is quite a quick decline, pointing to further downside for this pair. Although, today we are seeing a pullback higher, but this retrace seems pretty weak and moving averages are providing resistance at the top already. The 20 SMA (grey) and the 200 SMA (green) are providing resistance now, so we decided to open a sell forex signal below them. Not the price is pulling back lower again,  so the retrace higher seems over.