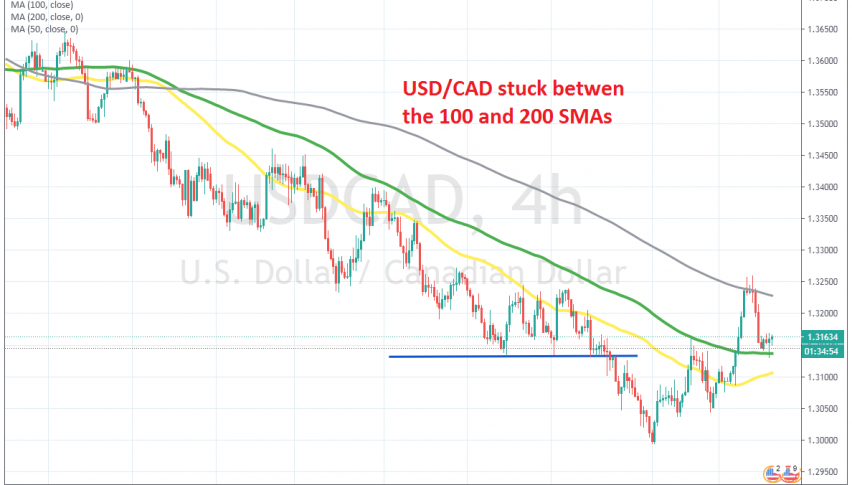 Decisive Time for USD/CAD Between Staying Bearish or Turning Bullish

The uptrend of this month has stalled for now

The USD/CAD has been bearish for several months, since March, when the surge in the USD stopped and the buck turned bearish. The reversal in crude oil helped the CAD turn bullish, which resulted in this pair turning even more bearish, sending it around 18 cents lower from the top.

On September 1, the big round level of 1.30 was broken, but the price didn’t stay below that too long. During the decline, moving averages were providing resistance during pullbacks higher, and pushing the price lower for this forex pair, and keeping the price bearish.

But this month, the situation seems to have changed for the USD/CAD. The 50 SMA (yellow) and the 100 SMA (green) were broken, but the 200 SMA (gray) held as resistance on the H4 chart. The USD/CAD pierced this moving average a couple of times, but it wasn’t broken, since they closed below the 200 SMA.

Yesterday the price reversed back down from the 200 SMA, as the USD turned bearish. But the 100 SMA turned from resistance into support, so now there is a battle going on between buyers and sellers. If the 200 SMA holds, then we might see the price moving higher and probably pushing above the 200 SMA.