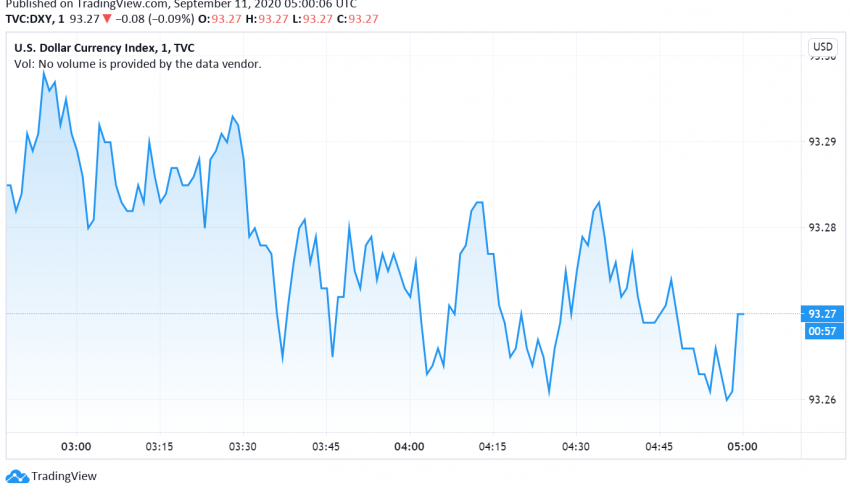 US Dollar Set to Post Gains For Second Consecutive Week

Early on Friday, the US dollar is still trading strong against other major currencies as its safe haven appeal strengthens amid a decline in stock markets. At the time of writing, the US dollar index DXY is trading around 93.27.

Against the pound, the US dollar has gained around 3.6% this week as fears of no-deal Brexit resurfaced amid tensions rising between Britain and the EU. On Thursday, the EU told Britain to cancel its plans for overriding the Withdrawal Agreement which was signed last year. Despite EU’s warnings, Britain has gone ahead with a draft legislation that sets back Brexit negotiations.

Meanwhile, EUR/USD gained around 1% following the ECB policy meeting in the previous session when President Christine Lagarde reassured markets that the central bank would not manipulate the exchange rate. However, gains in the common currency were erased after her comments that the ECB is continuing to monitor the rate and its effect on inflation.

The US dollar continues to hold on to its gains against its major rivals and is all set to post a gain for the second consecutive week. Fragile sentiment in markets owing to worries about delay in economic recovery after the coronavirus pandemic are supporting the dollar for now.