Brexit Takes A Turn for the Worse, Again - Forex News by FX Leaders 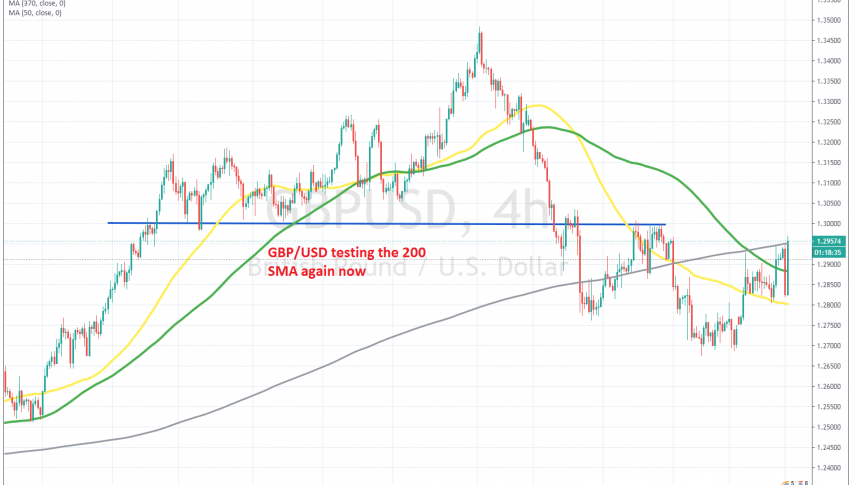 Brexit Takes A Turn for the Worse, Again

Let's see if buyers will break above the 200 SMA today

The Brexit issue came back into the spotlight in the last two months, after coronavirus had taken all the attention since March, leaving Brexit and other issues in the shadows. The comments weren’t positive at first, reversing GBP lower, but we heard some wishful thinking in the last couple of weeks, but today’s comments are not that positive. As a result, GBP/USD reversed down from the 200 SMA (grey) and lost more than 100 pips. Below are some of he main comments:

That’s pretty much all there is to say for now. It’ll now come down to whether or not the UK will look to amend the bill at the House of Lords but that surely will also cause plenty of internal complications with Boris Johnson and his aides. Given the situation, we may very well be headed for yet another situation where the can gets kicked down the road to November. But for now, let’s see how the UK will respond. GBP/USD tumbled lower, but is off earlier lows of 1.2820 now.

In other words, “we’re sticking by what we are doing” and “we’re not going to blink first”. Once again, we’re going to be playing a game of chicken over the next two weeks.
Check out our free forex signals
Follow the top economic events on FX Leaders economic calendar
Trade better, discover more Forex Trading Strategies

Going Short on Silver After the Retrace, at the 50 Daily SMA
14 hours ago

US Employment Cools Off in November, Earnings Increase
15 hours ago
Comments