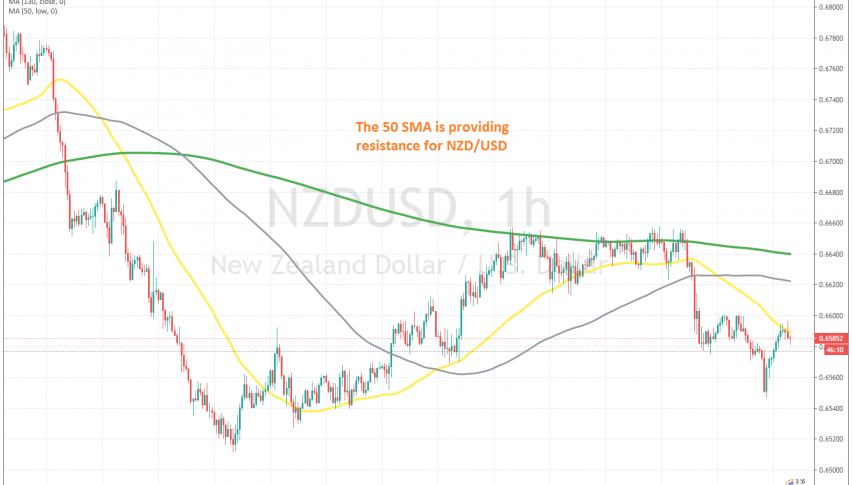 Getting Ready to Sell NZD/USD Again

Yesterday we opened a sell forex signal in the NZD/USD, which closed in profit overnight, as the pair tumbled lower. This pair made a bearish move lower on Tuesday, losing 90 pips after comments by a RBNZ official, who said that they are “actively working” on negative interest rates.

That sent the NZD diving lower and the NZD/USD lost around 50 pips on those comments. But, negative rates are not on the table right now, so the NZD/USD has reversed back up to the same level it was at last night, before the dive, having shrugged off last night’s losses.

Buyers ran into the 50 SMA (yellow) on the H1 chart earlier today, which stopped the reversal. A bearish reversing chart pattern has formed on this time-frame now and the NZD/USD is already starting to reverse. The pullback up is also complete, so we are thinking about opening another sell forex signal here.