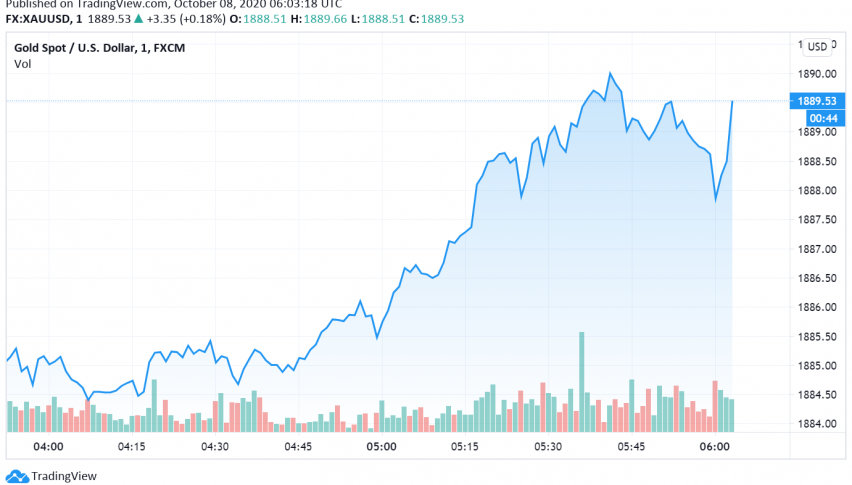 Early on Thursday, gold prices are trading mostly unchanged, supported by expectations for the US to roll out more fiscal stimulus and in anticipation of the weekly jobless claims figures that release later in the day. At the time of writing, GOLD is trading at a little above $1, 889.

On Wednesday, markets received conflicting reports from the US about the possibility of the next round of financial aid rolling out. While officials at the White House supported President Trump’s plans of putting off talks until after the presidential election, House Speaker Nancy Pelosi criticized Trump for backing away from discussions, leading some to believe that a deal could still be worked out in the coming days.

The latest FOMC minutes released in the previous session reveal rising fears about the state of economic recovery in the US in the wake of the coronavirus pandemic. Policymakers appear unclear about what measures to take to support the economy and pull it out of recession.

The heightened uncertainty about the economic outlook for the US is supporting the safe haven appeal of gold. Meanwhile, encouraging news about the possibility of Britain and the EU finalizing a trade deal soon served to weaken the yellow metal’s prices.