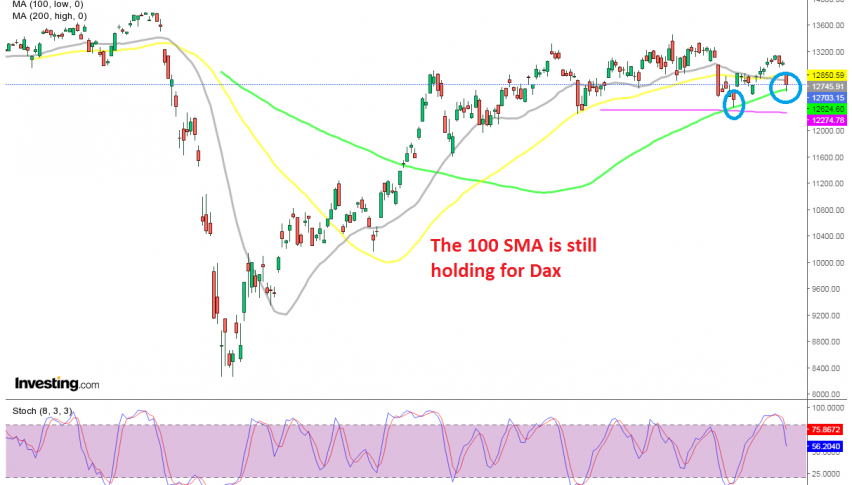 German Dax Facing the 100 Daily SMA, As It Tumbles on Stronger USD

Dax is testing the 100 SMA for the second time

Stock markets have been bullish since they turned higher by the middle of March, following the previous crash on coronavirus panic. The climb continues until early September, when it finally ended, but the signs were there, since the pace of the increase had slowed considerably in recent weeks.

During the bullish trend, the 20 SMA (grey) and particularly the 50 SMA (yellow) were providing support for DAX 30. But those moving averages were broken in September during the reversal lower and Dax fell to 12,350 points, which is where the 100 SMA (green) stood, with the 200 SMA standing lower.

The price bounced off those moving averages, but the other two turned into resistance now on the daily chart. Although, buyers returned again and those moving averages were broken. This week though, the sentiment turned negative again, as the coronavirus restrictions increased in Europe and stock markets tumbled lower, particularly today.

Although, the 100 SMA is still holding and the price has pulled 50 points higher now. So, let’s see if the 100 will be broken soon. If so, then it will open the door for further declines, if it hold, then a bounce higher to the 50 SMA is expected.