Daily Brief, October 29 – Everything You Need to Know About Gold Today - Forex News by FX Leaders 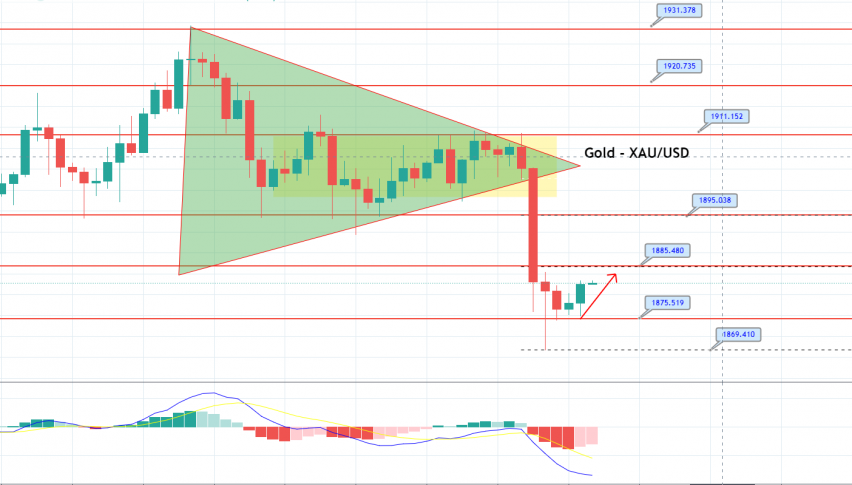 Daily Brief, October 29 – Everything You Need to Know About Gold Today

Gold prices dropped more than 1% on Wednesday, to a three-week low, as investors opted for the US dollar as a preferred refuge, due to concerns about rising numbers of coronavirus cases in Europe and uncertainty related to next week’s US Presidential elections.The second wave of the coronavirus pandemic has hit the northern hemisphere hard, with many countries in Europe posting record daily infection levels. In the United States, almost half a million people have tested positive for COVID-19 in the last seven days.

All these concerns have resulted in increased fears that fresh lockdowns will be implemented. In fact, lockdowns have already been introduced in some European countries, which is likely to hurt the fragile economic recovery.

Given the rising number of coronavirus cases, German Chancellor Angela Merkel has announced a one-month partial lockdown, that will take away all the reopening momentum that has taken place over the past few months. The partial lockdown involves the closing of bars, restaurants, movie theaters and sports facilities. The lockdown will start on November 2 and will officially end on November 30.

In France, President Emmanuel Macron was set to deliver a televised address late on Wednesday, in which he was to reintroduce a national lockdown from midnight on Thursday, due to the rising number of COVID-19 cases. Meanwhile, the Belgian government will convene on Friday to decide on a potential new lockdown, and Spain has already announced a state of emergency for six months.

The rising concerns that the potential lockdowns will hit the already weak labor market hard, and disturb global economic recovery, raised the safe-haven appeal on the market. The gold market faced panic-selling on Wednesday, as investors chose the US dollar as a safer investment on the day.

Investors were acting in the hopes that these uncertainties and fears would prompt governments and central banks to offer more aid and support to the economies. On Tuesday, President Donald Trump said that an economic relief aid package was only likely to come after the November 3 elections, despite the rising number of infections and stalled labor market recovery.

On Wednesday, the stronger US dollar pushed the gold prices even further onto the lower side, after the release of macroeconomic data. At 17:30 GMT, the Goods Trade Balance for September came in at -79.4B, against the projected -84.8B. lending support to the US dollar and putting further pressure on the gold price. The Prelim Wholesale Inventories from the US for September were reported as -0.1%, against the projected 0.4%, which also supported the US dollar and weighed on gold prices on Wednesday.