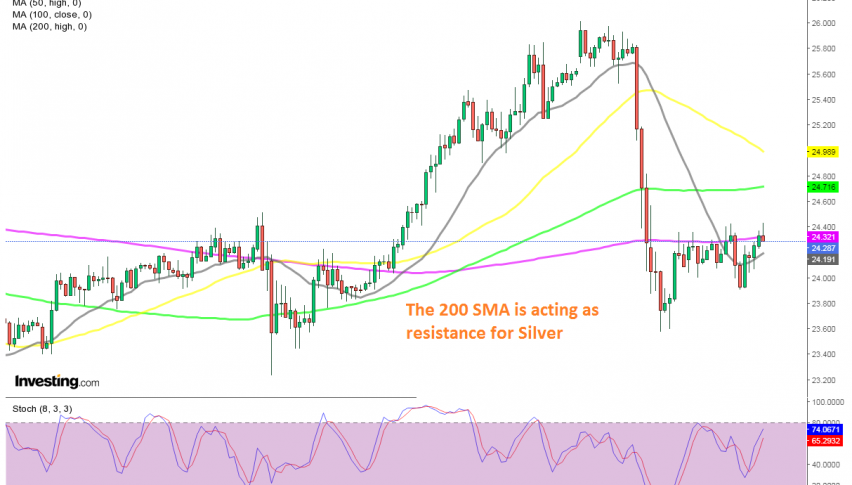 Selling the Retrace in Silver at MAs

Buyers seem exhausted at the 200 SMA

Safe havens have been really bullish this year, due to the economic meltdown during the first lock-down. In early August we saw a swift reversal and the price fell from below $30 to $21.70s until the last week of September in SILVER , but the uncertainty from US elections, as well as from everything else that’s happening in these strange times were keeping the pressure to the upside still for safe havens.

The 100 SMA was also helping to push the price higher since late September and at the end of last week, we saw a jump in safe havens after the US elections. But, the news about the vaccine from Pfitzer improved the sentiment yesterday and safe havens reversed back down, with Gold losing more than $100.

This means that we would be heading towards more positive times and the global economy will rebound again if coronavirus goes away. That changes the economic situation completely. So, we changed the bias to bearish in Silver and decided to sell the retrace higher today. The 2900 SMA (purple) has been holding well as resistance since yesterday, so we opened a sell forex signal right there,hoping for a bearish reversal soon.