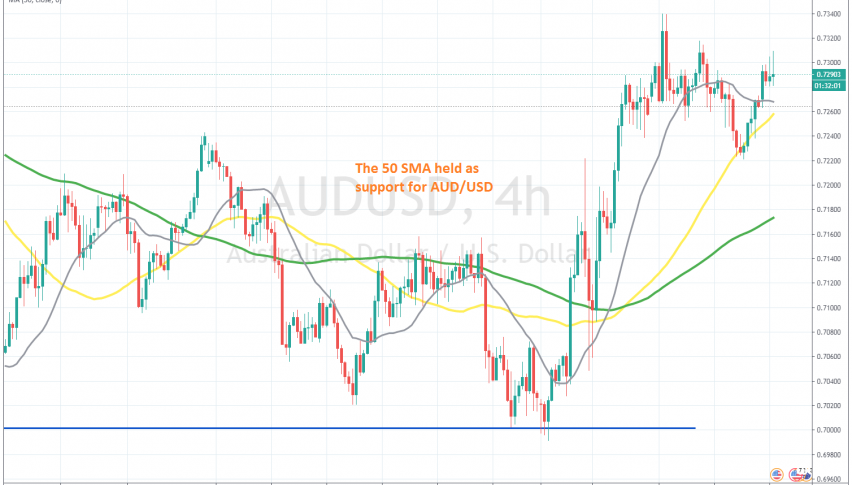 AUD/USD Remains Bullish After Bouncing off the 50 SMA

The USD started making some decent gains in October, but it turned bearish again during the election week. The AUD/USD took advantage of this, surging 350 pips higher that week, although last week we saw a pullback down to the 50 SMA (yellow) on the H4 chart.

The 50 SMA held as support, and the AUD/USD bounced off that moving average. Today, RBA’s Lowe mentioned negative interest rates, but he hinted that the odds of them going in that direction are quite slim. The AUD/USD remains bullish, and we might go long if the price retreats to the 50 SMA again.

RBA governor, Philip Lowe in the Q&A Session After the Speech

This is a similar kind of rhetoric to his remarks last week. Nothing has changed yet, but as important as it is to follow what the Fed is doing, Lowe’s stance is a rather weak one when it comes to having to put his foot down on the issue. For now, the RBA is pretty much in a similar spot as the BOE, in the sense that negative rates may very well be inevitable, but for now, they are adopting a wait-and-see approach.
Check out our free forex signals
Follow the top economic events on FX Leaders economic calendar
Trade better, discover more Forex Trading Strategies