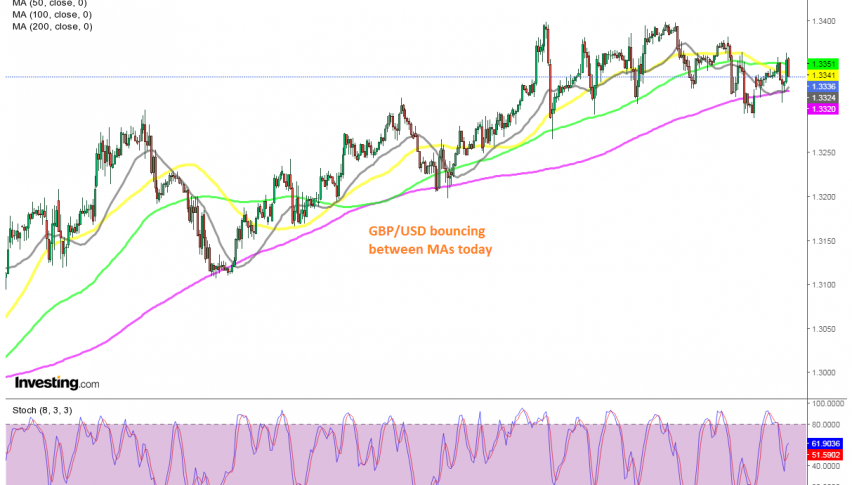 There's some uncertainty in GBP/USD today

Like all other risk currencies, which have been quite bullish in November, the GBP/USD has also been bullish during this month, but the uptrend hasn’t been too straightforward. We have seen some see-saw price action during this time. We saw a decline earlier today and a reversal back up, while now the price is falling again, as Irish officials have made contradicting comments on the Brexit deal.

The narrative at the end of last week was that getting to a deal is “tough” and that there are still “significant gaps” on the three key outstanding issues. But so far, both sides are now communicating better odds of achieving something.
I could be reading too much into the political theatre/play-acting, but just be mindful of earlier reports from last week suggesting that they could work out some technicality to get something across the finish line – for now at least.

Nothing new really from Coveney, but the pound has seen a slight decline over the last 15-20 minutes, as cable pares its gains for the day upon testing its 100-hour moving average just above 1.3350 earlier. The price is now slipping just under the 200-hour moving average of 1.3320, but we still see some added support closer to 1.3290-00 next.
Check out our free forex signals
Follow the top economic events on FX Leaders economic calendar
Trade better, discover more Forex Trading Strategies

USD Rallies Ahead Of The Fed Announcements
8 mins ago