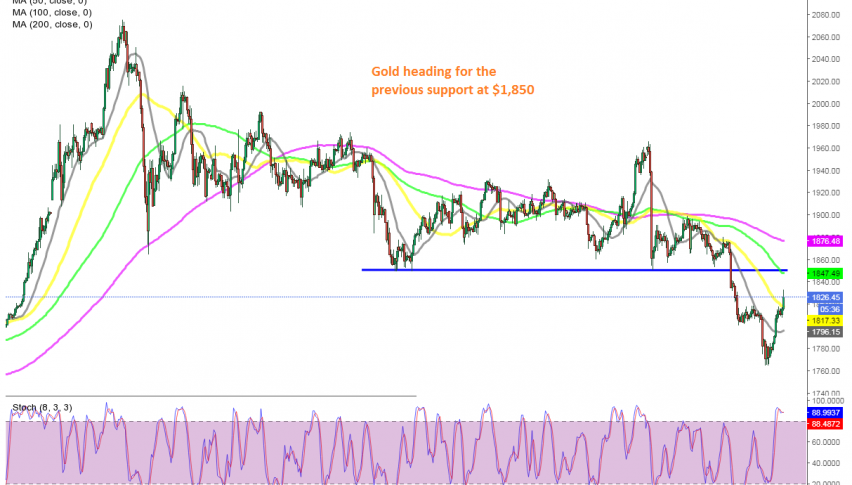 Gold Increases by $ 65 This Week, as Safe Havens Gain Ground

The decline has taken place in waves, with the first wave taking place in the second week of August, which was a massive fall, accounting for more than $ 200. The decline continued last week, taking this pair another $ 100 lower, pushing it below the support level at $ 1,850.

But yesterday, we saw a bullish reversal, which turned out to be a strong move, and today buyers are stretching the upside further in gold and silver. The 20 SMA (gray), which provided resistance last week, was broken yesterday, and today, buyers pushed above the 50 SMA (yellow) on the H4 chart.

The weakness in the USD has also fueled the bullish move this week, but the previous support at $ 1,850 is waiting to provide resistance above that level. So, if buyers show signs of weakness up there, and if we get a bearish reversing signal, such as a doji, pin or hammer candlestick, we might open a sell forex signal in Gold.

Selling AUD/USD at the 100 SMA, Which Has Turned Into Resistance
14 hours ago
Comments