Is the 50 SMA Going to Reverse Gold Down Again? - Forex News by FX Leaders 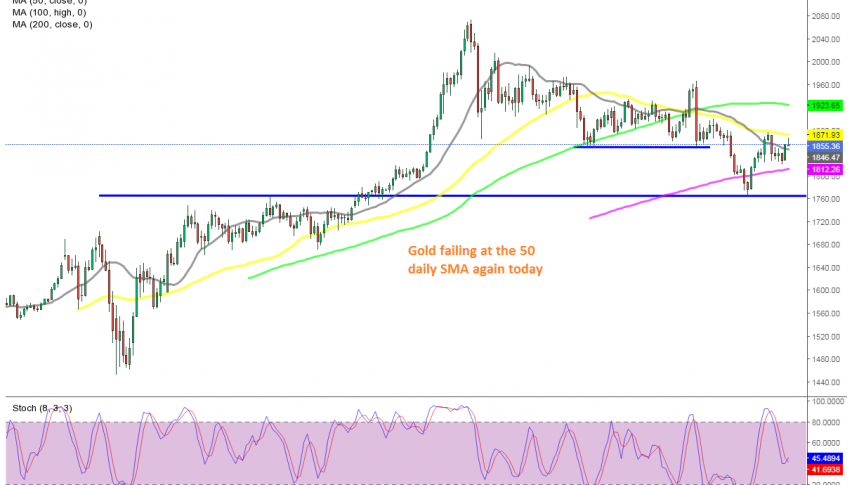 Is the 50 SMA Going to Reverse Gold Down Again?

Is the retrace up over?

Safe haven commodities, such as gold and SILVER, were on a long term bullish trend, which lasted for two years, until the second week of August, when the situation reversed and safe havens turned bearish. They have been declining since then, with gold falling to $ 1,760s on the last day of November.

Moving averages have been trying to hold the decline, but they were broken after providing support for a while, which shows that sellers are in control. Moving averages eventually turned into resistance after being broken, providing us with some great selling opportunities.

Last week we saw a retrace higher in safe havens, but GOLD ran into the 50 SMA (yellow) on the daily chart, which reversed the price back down. Yesterday we saw another retrace up, and gold approached the 50 SMA today, but it seems like this moving average is scaring sellers away once again. So, the 50 SMA is acting as resistance again and we will try to open a sell forex signal up there, if buyers retest the 50 SMA and fail.