Oil Closes 2020 With Lots of Volatility

2020 has been an extremely volatile year for crude Oil. It started tumbling lower in January due to the geopolitical tensions between US and Iran. Then the coronavirus in China sent it even lower, with US WTI crude breaking below $ 50 in February as the demand from China declined. 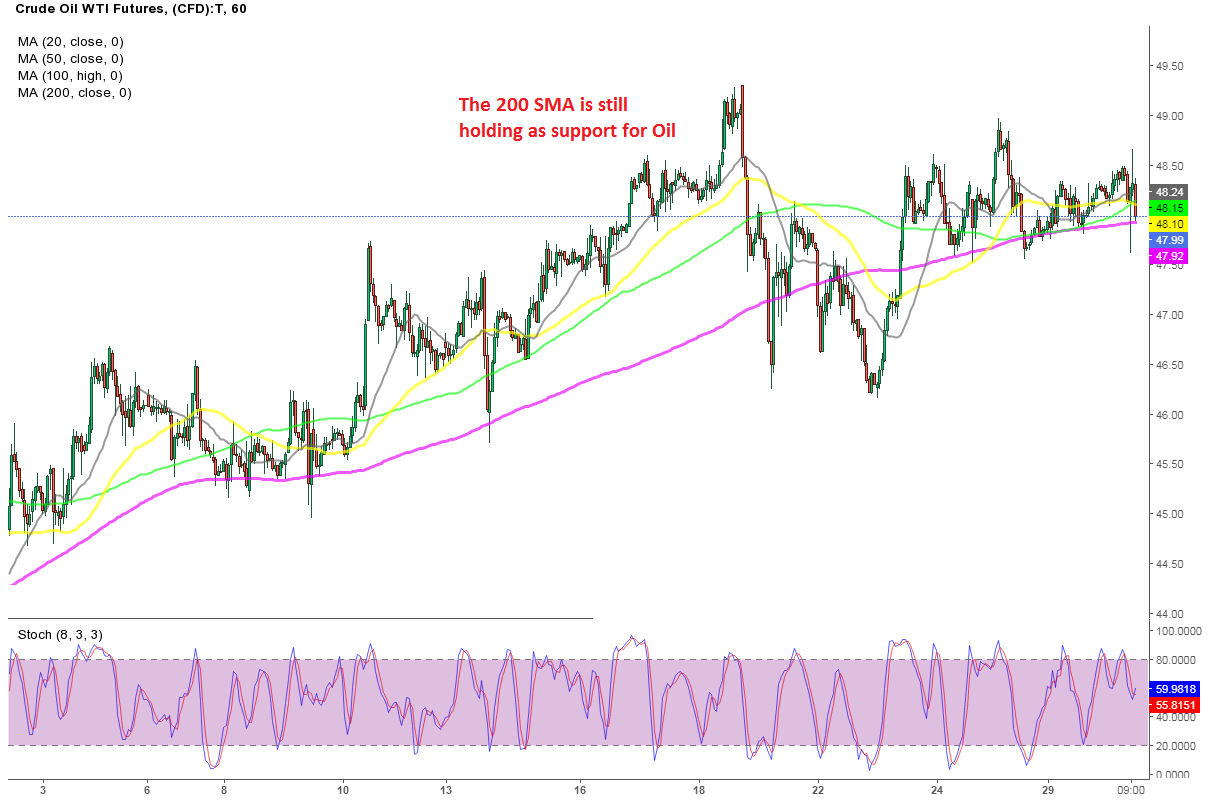 The decline picked up further pace in March, as crude Oil broke below $ 20 after the virus transferred to Europe, while the big crash came in April, after the Oil dispute between the Saudis and the Russians.  But, the big reversal also came that same month. US WTI crude came back from the abyss at around $ 37 and closed April at $ 20.

The bullish trend has continued since then, although the volatility has also been high. Moving averages have been doing a good job in providing support for Oil, although they have been breached on a regular basis, as the volatility whipsaws have continued. Just a while ago, we saw a 100 pip flash crash, followed by a 100 pip bullish reversal. Now the price is heading for the lows again.This suggests that next year will be volatile for Oil too and we will try to buy pullbacks lower, probably at the 200 SM (purple).