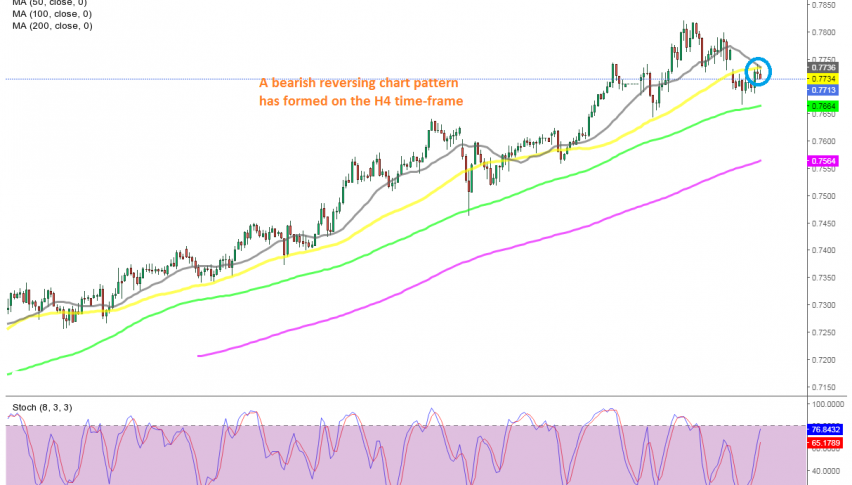 Let’s Try an AUD/USD Short at the 50 SMA

AUD/USD is almost overbought on this chart now

AUD/USD climbed more than 23 cents from the bottom and during this time moving averages have been doing a great job providing support during pullbacks, pushing the price higher. But, at the end of last week, we saw a retrace lower, which continued yesterday as well.

The price slipped below the 50 SMA (yellow) on the H4 chart, but the 100 SMA (green) held as support and the price bounced off that moving average. Although, the 50 SMA seems to have turned into resistance now. The price formed a doji candlestick on this chart, which is a bearish reversing signal.

Besides that, the stochastic indicator is almost overbought on this time-frame, which suggests a bearish reversal as well. So, we decided to open a sell forex signal below the 50 SMA and now it seems like the reversal is taking place. We are holding on to this trade, hoping that AUD/USD will decline to the 100 SMA at least, so we can book profit down there.