Buying EUR/CHF at the 200 SMA, As It Turns Into Support - Forex News by FX Leaders 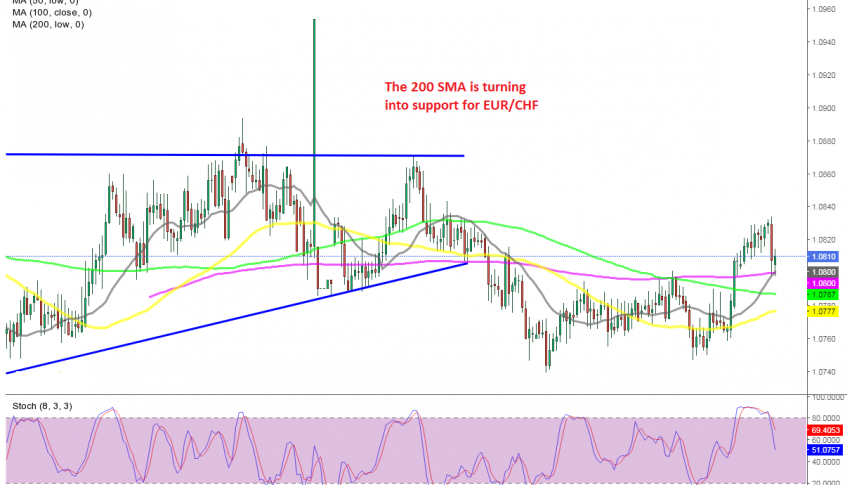 Buying EUR/CHF at the 200 SMA, As It Turns Into Support

EUR/CHF has trading sideways since June last year, but with a slight bias to the upside, as the lows are getting higher in the long term charts. A top has formed in the area surrounding the 1.09 level, where sellers seem to be getting active.

In the first half of January, this pair was trading above the 200 SMA (purple) on the H4 chart, while in the second week of last month the price moved below it and remained there until the end of the month. The decline in safe have currencies last week was the reason for this bullish move, because the Euro has been bearish too.

The 200 SMA (purple) was acting as resistance for EUR/CHF when the price was trading below it, so now it should turn into support according to forex textbooks. After the 30 pip retreat today, the 200 SMA has been holding twice, which shows that it is holding as support. So, we decided to open a buy forex signal down there and now the price has bounced around 10 pips higher.