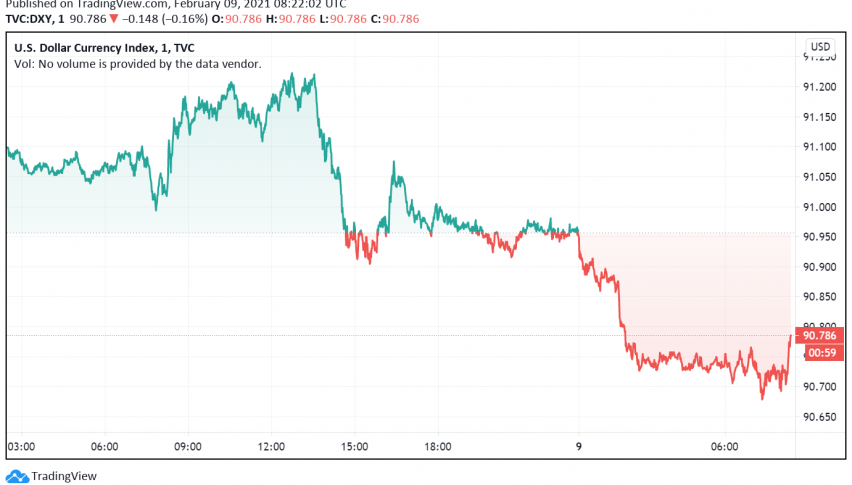 Economic Recovery Concerns Send US Dollar Back on Bearish Track

The US dollar is trading close to a one-week low early on Tuesday amid growing worries about the pace of economic recovery in the US being slower than previously anticipated, following the release of the latest employment report late last week. At the time of writing, the US dollar index DXY is trading around 90.78.

After two weeks of bullishness supported by optimistic economic data releases from the US even as Europe seems to suffer due to the extension of lockdowns, the greenback has dipped in value against its major rivals. Previously, it had soared to an over two-month high as the COVID-19 vaccine rollout in the US was faster than in most other parts of the world.

The US dollar had also previously enjoyed support from rising expectations for more fiscal stimulus measures being rolled out soon. Democrats are trying to pass President Biden’s proposed package worth $1.9 trillion without support from Republicans, but there are concerns that increased stimulus along with Fed’s monetary easing could dent the dollar’s long term outlook, especially against other major currencies.

While the additional round of stimulus measures could support economic recovery in the US, markets are now focusing on how its rollout could widen the current account deficit. This sentiment is likely to weaken investor confidence in the US dollar and keep it bearish in the coming weeks.