Daily Brief, February 16 – Everything You Need to Know About Gold Today!  - Forex News by FX Leaders 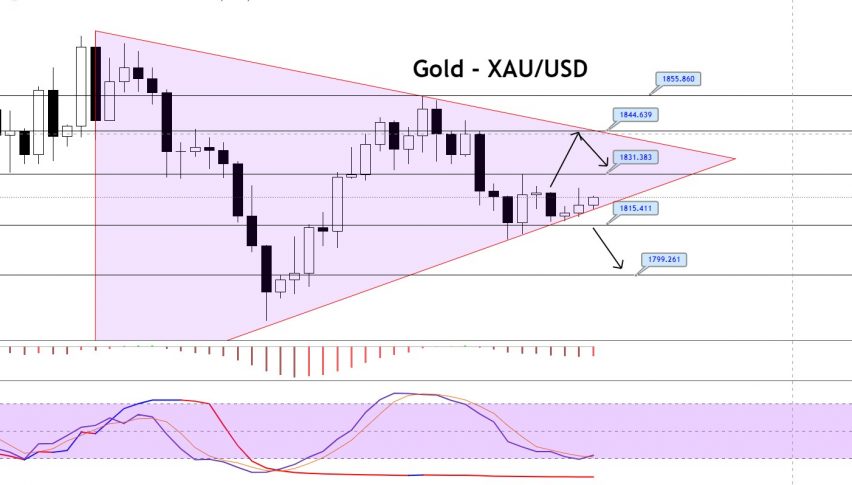 Daily Brief, February 16 – Everything You Need to Know About Gold Today!

Prices for the precious metal, GOLD, closed at 1,818.74, after placing a high of 1,826.98, and a low of 1,815.96. The gold prices fell for the third consecutive session, posting losses despite expectations for a robust US stimulus package, which rose to the top of the list after the trial of former President Donald Trump came to an end. The weakness of the US dollar could not stop gold from posting losses, and the prices for the yellow metal continued to decrease for the third consecutive session. It looks as though the markets are taking positions ahead of delivery of the stimulus package.

Furthermore, the rising prices of the US Treasury yields also weighed on the precious metal prices. On Friday, the Benchmark US Treasury yields rose to their highest level in nearly 11 months, since March, which exerted heavy pressure on the precious metal, as it increased the opportunity cost of holding bullion, which caused gold to continue its losses for the next day.

On the stimulus front, according to lawmakers and economic experts, tens of millions of Americans should expect $ 1,400 coronavirus stimulus checks in their bank accounts by the end of March or early April.

The Democrats on Capitol Hill are currently pushing the bill through the annual budget reconciliation process. They will not require Republican support and they are rushing to complete a package by March 14, because the weekly bonus of $ 300, as unemployment insurance, and other benefits from the previous coronavirus aid package, are set to expire on that date.

The bill is expected to be voted in by the Senate by the beginning of March, and after that, it will be sent to the White House. Once signed by Joe Biden, the Treasury Department will start sending checks to Americans within a week or two. Last time, the Federal government approved the stimulus check of $ 600 in December, and people started receiving their checks within a week. The rising hopes that the stimulus package will be delivered soon should have supported the gold prices, but the markets seem to be moving on the opposite side as the date of possible delivery of the checks draws near.