The Volatility Remains High in GameStop Shares, After Surging to $347 Yesterday - Forex News by FX Leaders 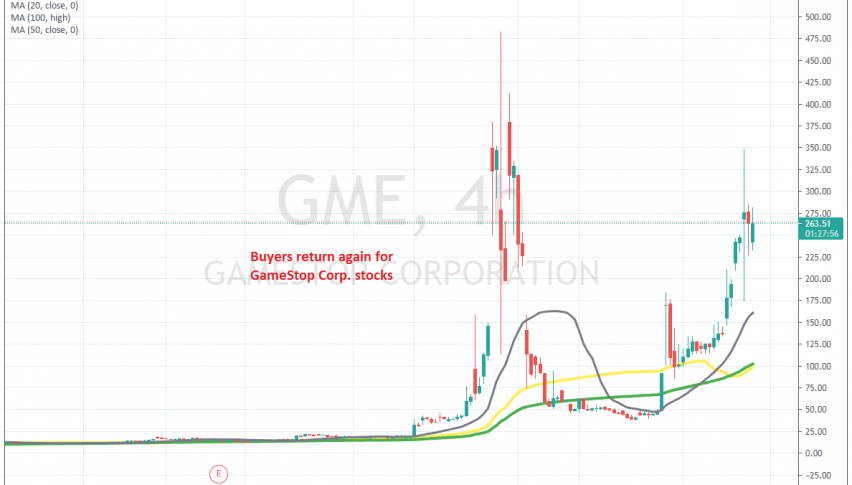 The Volatility Remains High in GameStop Shares, After Surging to $347 Yesterday

The GameStop shares have become very interesting for traders since the first rally more than a month ago at the end of january, which sent it surging higher, from around $ 20 to $ 382. That was as a result of traders trying to play the hedge funds for once.

They managed to bankrupt Melvin Capital, which lost around $ 8 billion. The price eventually came down and settled around $ 50, but in the last week of February we saw another surge, taking to the price to $ 184.

The latest surge came this week, as Game Stop shares increased from around $ 130 to $ 347. The price slipped below $ 300, but remains quite high nonetheless. The crowd at wallstreetbets in Reddit was sheering it on, although I’m not sure if they instigated this move again. Anyway, it’s an interesting stock to watch and it offers good buying opportunities during declines, so we will keep an eye on it.

Good Call Buying the Pullback in S&P500 and Dax30 at MAs, Which Continue to Keep the Trend Bullish
1 week ago