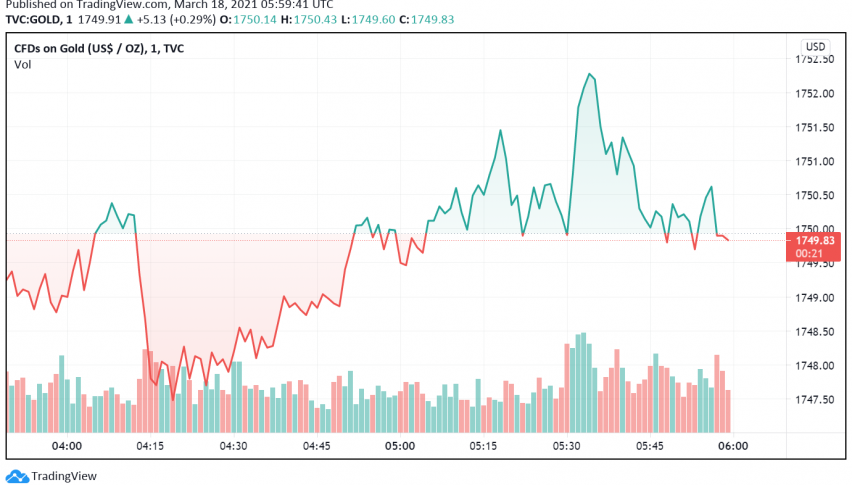 Gold prices are climbing higher in early trading on Thursday, buoyed by the Fed’s plans to remain dovish for longer, as was expected by the markets, which in turn have caused a weakness in the US dollar. At the time of writing, GOLD is trading at a little above $1,749.

Through the previous session, gold held steady as markets eagerly awaited to hear from the US central bank on its monetary policy decision and economic growth projections. As was widely expected, the Fed chose to keep its interest rates on hold, but what boosted the safe haven appeal of the metal was the announcement that the rates would remain low through 2023.

Even as the Fed upgraded US economy’s growth outlook for the current year, forecasting a sharp, V-shaped recovery in the aftermath of the coronavirus crisis, it held on to its previous plans to maintain a dovish stance for an extended period of time. This sent the dollar weaker, which as we know, shares a negative correlation with gold, helping boost its prices.

However, gains in gold remain limited on the upbeat forecast for US economic recovery – the Fed has upgraded GDP estimates from 4.2% previous to 6.5% for the current year. This would be the fastest pace of growth the US economy has seen since 1984.

Forex & Commodities Trading Levels to Watch on Wednesday
20 hours ago