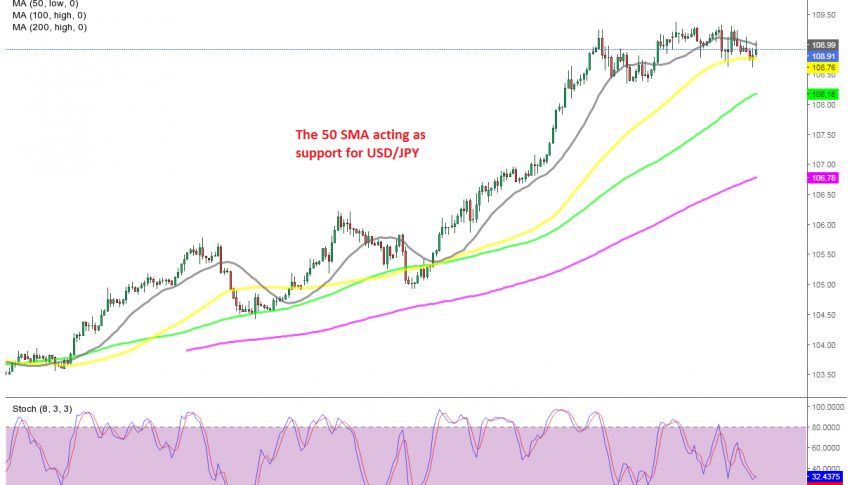 Will the bullish trend resume again soon for USD/JPY?

The JPY was bullish last year, attracting bids as the uncertainty remained high in financial markets, benefiting the safe haven currencies like the JPY and the CHF. But, this year the JPY turned bearish, sending USD/JPY surging higher, as most economies are expanding at a great pace.

USD/JPY increased around 9 cents from the bottom, but it has been consolidating around 109, finding support at the 50 SMA (yellow) on the H4 chart, waiting for the Bank of Japan meeting earlier today. The BOJ left the policy unchanged, so USD/JPY is resuming the bullish momentum again now.

It is interesting to see him lead with the introduction of the new interest scheme, which is pretty much him trying to imply that they are still on the dovish side of things. 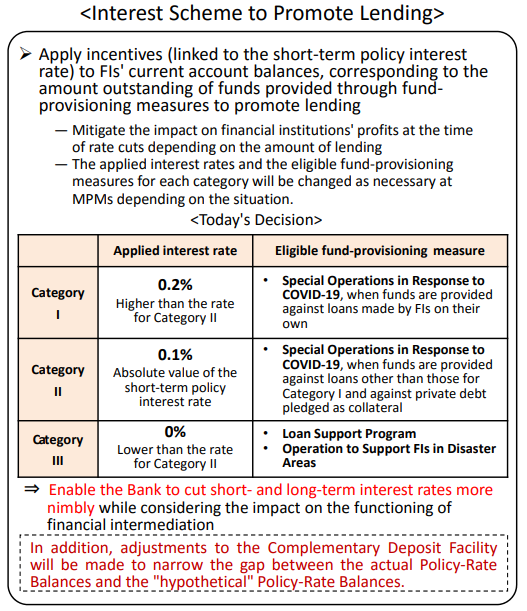