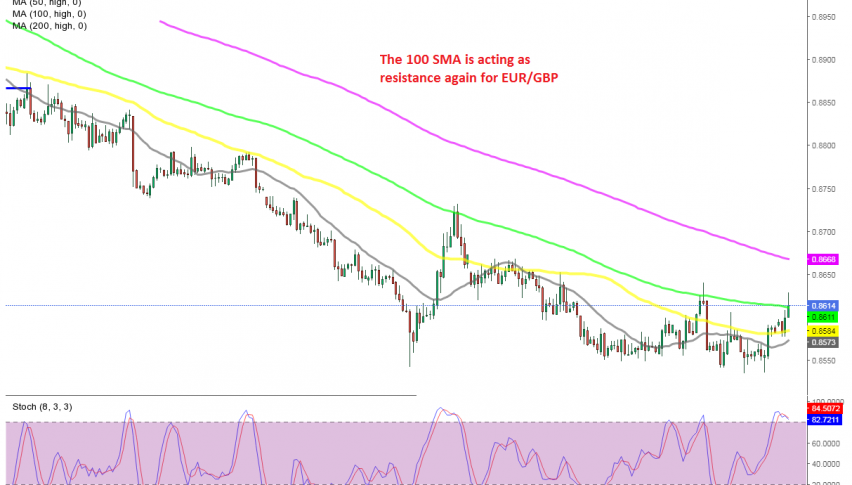 On Friday last week I opened a sell forex signal in EUR/GBP at the 50 SMA (yellow), as it was reatracing higher. This pair has been bearish since the beginning of this year, after the UK and the EU reached a trade deal at the end of 2020, validating the Brexit deal reached earlier.

As a result, the GBP turned bullish while EUR/USD turned bearish, as we explained in one of our previous posts on this pair, where we also opened a sell forex signal earlier. But, the price moved above the 50 SMA in EUR/GBP today, as the Euro turned bullish for some time, while the GBP was still declining.

This moving average pierced the 100 SMA (green) on the H4 chart, as it has done so twice before. But, the buying pressure eroded and the pullback highers seems to have come to an end now, which seems similar to the two previous occasions. We decided to open another sell forex signal, as the price comes back to the 100 SMA. Now let’s wait for the bearish trend to resume again in EUR/GBP .