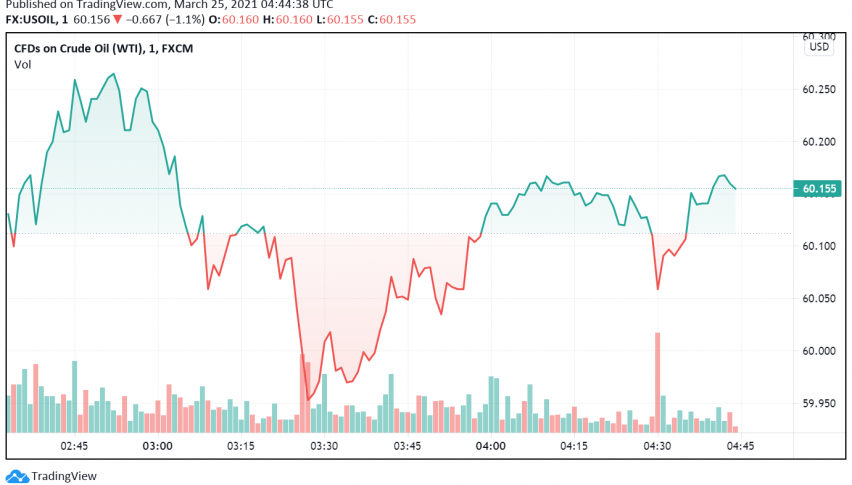 WTI crude oil prices fell by more than 2% in early trading on Thursday, reversing gains from the previous session as traders continued to focus on mounting worries about the impact of the new lockdowns across Europe on the economy and oil demand. At the time of writing, WTI crude oil is trading at around $60.15 per barrel.

The previous session was a volatile one for crude oil, with WTI oil gaining nearly 6% in overnight trading over worries about potential tightening in supply. These worries were triggered after a container ship ran aground and blocked the Suez Canal – an important route as far as crude shipments are concerned.

The incident is likely to block the supply of as much as 13 million barrels of oil through the region. In addition, crude oil prices also received a boost after the EIA reported a smaller increase in gasoline inventories over the past week, 200k increase vs. the previous week’s reading of 500k barrels.

However, the focus has returned once again to the situation in Europe which is in the grip of a third wave of coronavirus, which has forced more countries to impose fresh restrictions and lockdown measures. The sentiment in oil markets was hurt further after other leading energy consumers like Brazil and India reported a spike in cases over the past few days, heightening concerns of weakening oil demand.