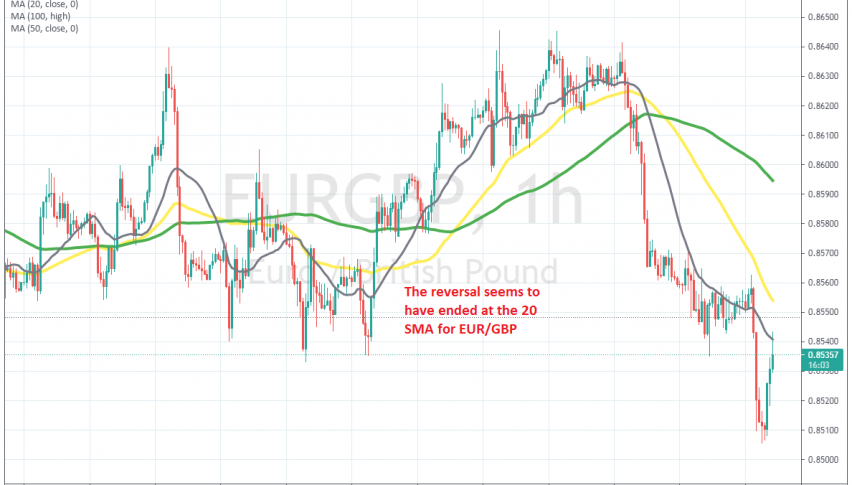 Selling the Reversal in EUR/GBP at the 20 SMA

The 20 SMA has turned into resistance for EUR/GBP now

EUR/GBP has been trading on a bearish trend since the beginning of this year, after the EU and the UK reached a trade deal, validating the Brexit deal for the UK. Otherwise, the brexit deal would be worthless.

After today’s decline, EUR/GBP finally broke below the support area at 1.8530s, which had been holding for about a month. Although we saw a reversal higher during the US session, but it seems to have ended at the 20 SMA (gray) on the H1 chart. We decided to open a sell forex signal at that moving average, so we are short on this pair as well now. The price is already retreating down, which is good for our trade.