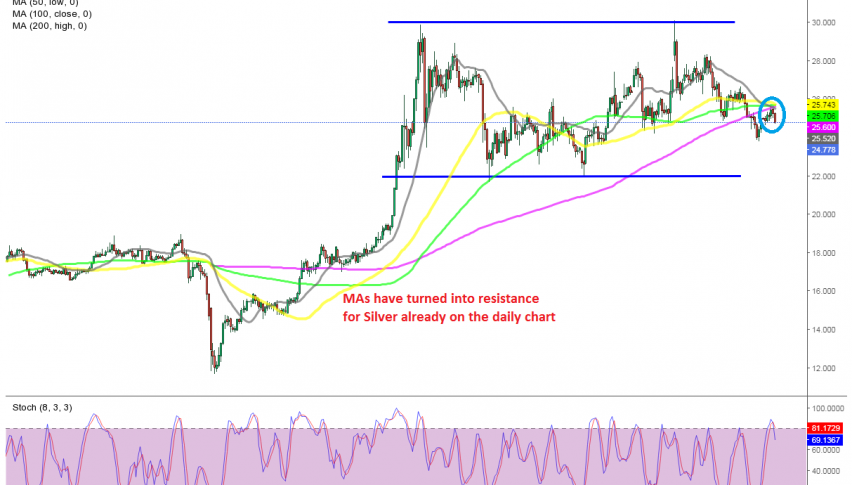 The retrace up is over for Silver on the daily chart

But, the traditional safe haven metals like GOLD and SILVER lost their status, which was transferred to cryptocurrencies. So, they turned bearish, although Silver XAG/USD was holding up better, after the declines of the first two months, as highlighted in our 2021 Silver forecast.

In fact, Silver had a good run early this year, as the Reddit crowd at WallStreetBets and DeepFuckingValue which sent GameSrop surging turned on Silver and pushed it above $30 for the first time since 2013, flushing out some weak stops above that big round level.

They couldn’t hold the gains though and Silver fell below $24 by the end of last month. This month, we saw a retrace higher, which took Silver above $25 again and to the bunch of moving averages, which have merged together on the daily chart. Some of these moving average, such as the 50 SMA (yellow) and the 100 SMA (green) have provided support before, so they are turning into resistance.

Now the retrace up seems complete, with the stochastic indicator overbought and already turning lower, while the last two daily candlesticks are bearish. We are short on Gold already, so we are remaining out of Silver this time. 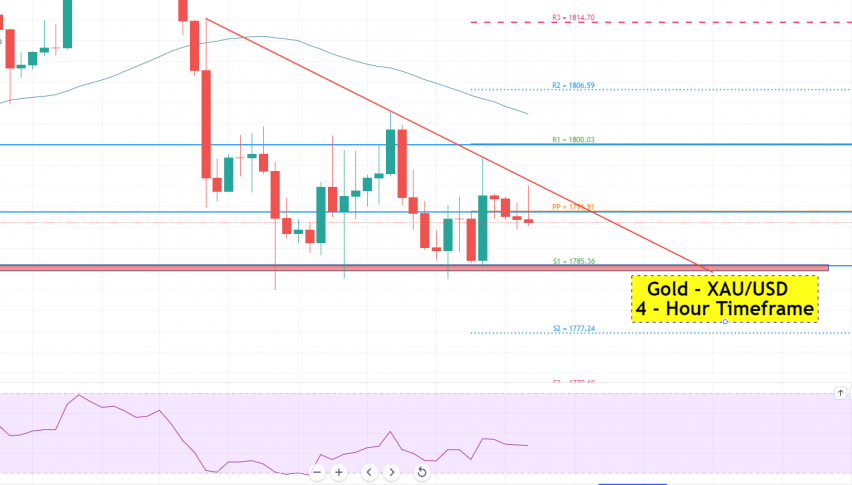