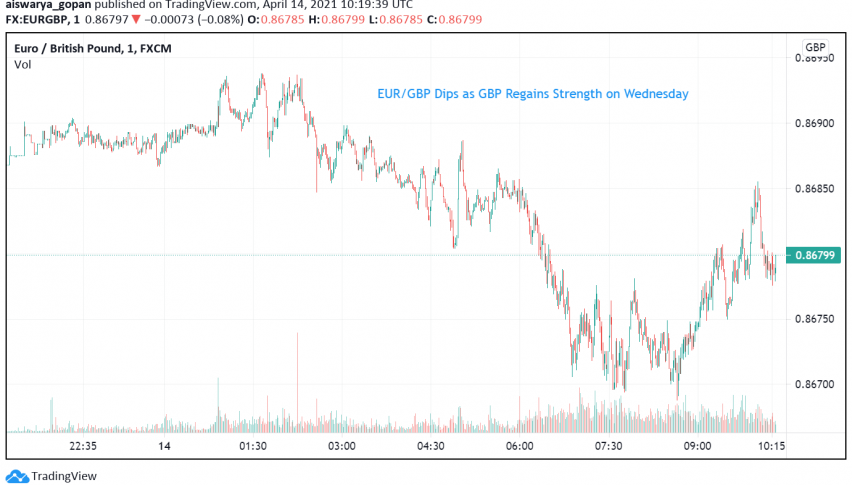 On Wednesday, EUR/GBP is trading slightly bearish as the GBP recovers from the weakness seen during the previous session after the BOE chief economist Andy Haldane announced his resignation. At the time of writing, EUR/GBP is trading at around 0.867.

Haldane’s plans to step down sent the GBP to the lowest level seen in six weeks against the Euro even as it weakened against the greenback as well. Markets turned bearish on the GBP as Haldane was known for his hawkish outlook and optimism about Britain’s economic recovery following the ongoing coronavirus crisis.

The news drove a temporary setback in the UK currency, but markets have since recovered their faith over expectations that the BOE was likely to maintain its dovish stance in the coming months notwithstanding Haldane’s presence. With the pandemic still wreaking havoc around most parts of the world and the UK as well.

Among the G10 currencies, the GBP has marked one of the strongest performances since the beginning of this year as markets remain optimistic about Britain’s robust COVID-19 vaccine program. While analysts had previously forecast an extended period of bullishness for the currency, especially against the Euro, last week, EUR/GBP gained more than 2% as traders closed their short positions in the common currency.