USD/CAD Continues the Decline, As the Canadian Economy Starts to Rebound - Forex News by FX Leaders

USD/CAD Continues the Decline, As the Canadian Economy Starts to Rebound

USD/CAD has been bearish for more than a year, since it reversed down in March last year, following the decline in the USD. The bullish trend in crude Oil since April last year has fuelled this downside momentum in USD/CAD  further, sending the price around 23 cents down from top to bottom.

Although, about a month ago we saw a retrace higher in this pair, which didn’t last very long though. The price moved above the 200 SMA (purple) several times, but it returned back down and now it has moved below all moving averages, which indicates that sellers have returned  again. The Canadian economy is recovering now, despite the restrictions in certain places there, which is also helping the CAD.

Canadian Housing Starts for March from the CMHC 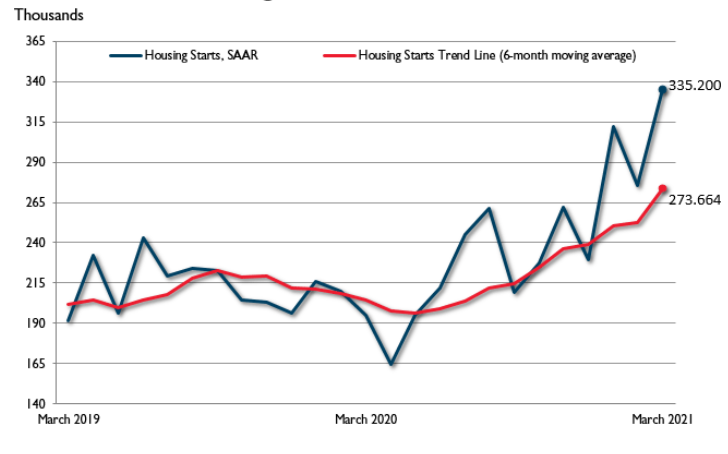