All US Fundamental Indicators Point to A FED Policy Reversal

Inflation is increasing, as purchases pick up

Although, the US economy held up well and it has picked up further speed in 2021. All indicators are at all time highs or close by now, confirming the strong momentum in the US economy. The FED has been trying to play the data down, but it keeps getting better, so the FED will have to accept it soo, especially as the summer months are expected to be even stronger.

The USD is giving some signs of reversing higher, but the reversal will come once the FED rhetoric gives the first signs of change, which will be a good time to buy the USD. Below are some reports which show that, like the Q1 GDP report and the PCE inflation report.

The number is the lowest since March 14 2020, just before the pandemic surge. That level was at 256K. The claims data continues to move steadily to the downside. There are expectations  that once the Covid employment benefits lapse in September, that the weekly claims data will fall even more sharply as those choosing to receive government aid instead of working, decide to go back to work. 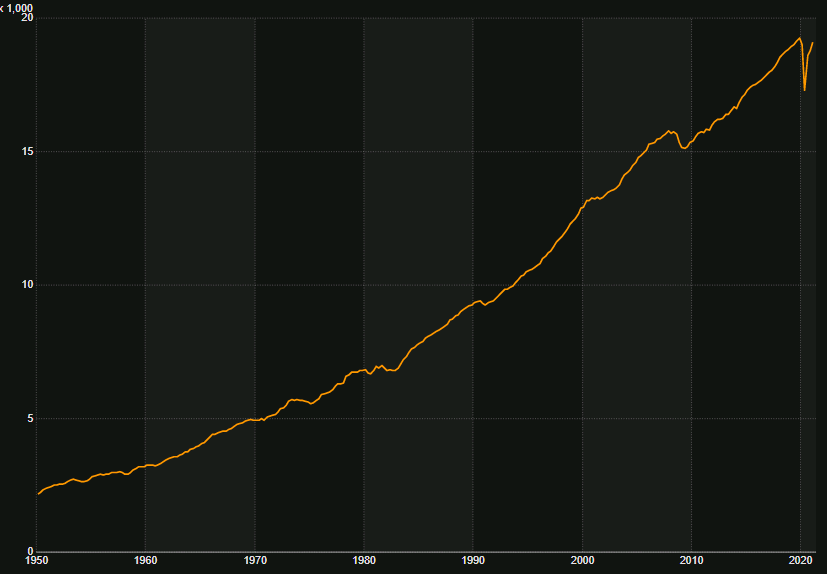 With the drop in inventories and the poor performance of trade possibly reversing later in the year, there will be a consistent tailwind for GDP for a few quarters.

Highlights from the PCE Report for April 2021

This is all a touch on the strong side but I think the market was braced or priced for something worse. The dollar has dipped on the data.

Consumers spending and income for April:

There were some upward revisions to March spending as the late-month stimulus checks came in. Spending held up into April but it’s it’s tough to separate stimulus money from the real economy and that will continue to be a challenge in the months ahead.
More details on inflation (y/y):
The PCE report doesn’t offer the same level of detail as CPI so you can’t say how much of a factor things like the spike in car prices had.
Check out our free forex signals
Follow the top economic events on FX Leaders economic calendar
Trade better, discover more Forex Trading Strategies
Related Articles