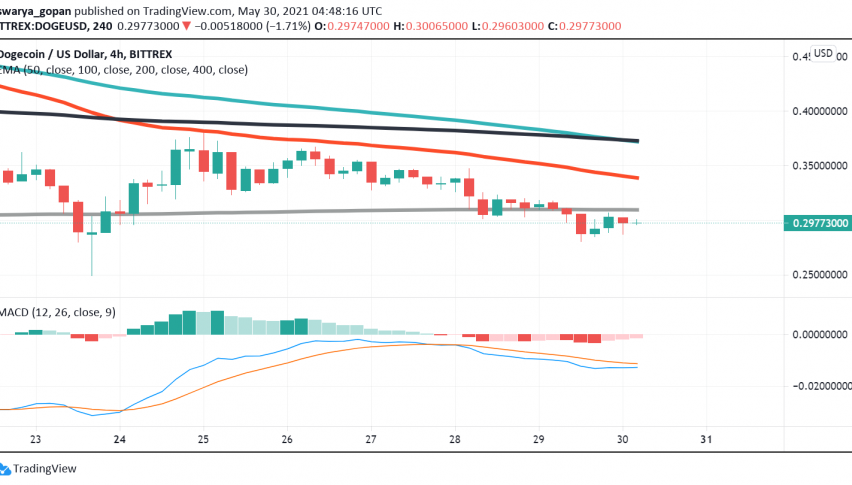 Elon Musk’s obsession with Dogecoin continues, even after his recent remarks wreaked considerable havoc in crypto markets. After criticizing Bitcoin mining for its severe impact on the environment, Musk has proposed an unbelievable idea to harness heat generated from mining of the memecoin, sending its price on an upward track for now.

At the time of writing, DOGE/USD is trading at around $0.29. What originally started as joke has gone on to rank as the seventh largest cryptocurrency by market capitalization, owing a significant portion of it’s success to the interest in it from Tesla CEO Elon Musk.

In a recent interview, eToro CEO Yoni Assia noted that the popular exchange’s decision to introduce Dogecoin to its users was powered by the huge fan following that this cryptocurrency has garnered in the online community. While it had disregarded it for its meme-based origins initially, it was impossible for eToro to ignore the enthusiasm among the digital coin’s fans, allowing users to trade the coin on its platform.

Despite rising interest among the community and Musk’s frequent tweets, for the moment, Dogecoin appears to be on somewhat of a downtrend, having lost over 13% of its value over the past week. On the 4-hour price chart, DOGE/USD is trading with a bearish bias, as signaled by moving averages and leading technical indicators MACD and momentum.

It’s important to keep an eye on the immediate support level that sits around $0.23 for now while a change of the trend would need buyers to take the price above the pivot level at $0.34. If buying interest gathers strength, we can see Dogecoin’s price go all the way up to $0.46 where it could encounter resistance.

BUY DOGE/USD
Check out our free forex signals
Follow the top economic events on FX Leaders economic calendar
Trade better, discover more Forex Trading Strategies
Related Articles
Breakout Expected in Doge Coin and Shiba Inu, As They Get Squeezed Into to Tip of the Triangle
The trading range is getting extremely tight for Shiba Inu and Dogecoin, suggesting a breakout
9 hours ago

Has the Bullish Momentum Ended for Ripple XRP, as MAs Turn From Support into Resistance?
12 hours ago