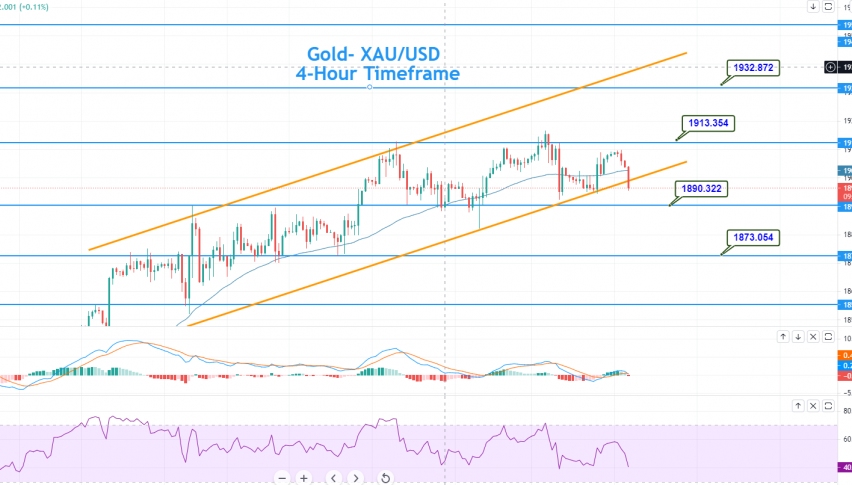 During Thursday’s Asian trading session, the gold price failed to stop its overnight bearish performance. It remained sour around the $1,900 level, mainly due to the increasing hopes of further stimulus from the world’s biggest economy, which will help more businesses to continue their work as before the covid pandemic. This, in turn, had a bullish impact on the market trading sentiment, which urged investors to turn away from the safe-haven assets, including the yellow metal. Meanwhile, the previously released upbeat US data continues to boost the market trading sentiment, which was seen as another critical factor that kept the safe-haven yellow metal under pressure.

Moreover, the upticks in the market trading sentiment were further bolstered by optimism over the US-China phase-one deal. Besides this, the reduction in the numbers of covid cases and fast vaccination programs across the globe provided further support to the market sentiment. The continuous bullish bias surrounding the US dollar has also played a major role in undermining gold prices, as the price of gold is inversely related to the price of the US dollar. On a different page, the United States has announced new, suspended tariffs against 6 countries, probing the risk-on mood and helping to limit deeper losses in the GOLD price. Meanwhile, the declines in the safe-haven gold prices were also capped by the ever-intensifying Israel-Palestine tussle, which has been weighing on the market trading sentiment and is still not showing any sign of slowing down. At the time of writing, the yellow metal price was trading at 1,902.47 and consolidating in the range between 1,902.10 and 1,909.64.

Despite the cautious sentiment ahead of Friday’s US employment report, along with a lack of major catalysts, the market trading sentiment managed to extend its positive performance of the previous day, remaining well bid on the day. This was witnessed by the bullish attitude of Asia-Pacific stocks and upticks in the S&P 500 Futures, which tend to highlight the risk-on mood. However, the reason could be tied to the optimism concerning the US-China phase-one deal and Iran’s acceptance of the nuclear deal. Meanwhile, the previously released upbeat data from the US and Australia also played a significant role in underpinning the market trading mood. Elsewhere, the UK-Aussie trade deal and hopes of further stimulus from the US further helped the market mood to stay bid. Therefore, the positive mood in the market put a bid under the US stocks futures, which was understood as a key factor that undermined the safe-haven GOLD prices.

Australia’s final Retail Sales reading for April settled at the initial forecasts of 1.1% while the Trade Balance climbed above the 7,900M market consensus to 8,028M during the stated month. Further details suggest that Imports fell -3.0%, against the previous 4.0%, whereas the Exports grew beyond -2.0%, compared to the previous +3.0%. In the US, the Institute for Supply Management said its index of US manufacturing activity grew in May, as the pent-up demand amid a reopening economy boosted orders.

Despite the upbeat market mood, the broad-based US dollar succeeded in extending its positive overnight performance. It drew some further bids on the day as investors cheered the previously released upbeat US data, suggesting faster economic recovery. In the meantime, the better conditions in the US yield gave some extra support to the greenback. In addition to this, US President Joe Biden’s new stimulus plan helped the US dollar to  stay bid. Investors seem cautious about placing any strong positions ahead of tomorrow’s US data and mixed signals from global central bankers relating to the inflation fears. Therefore, the uptick in the dollar was understood as one of the key factors that kept the gold prices under pressure, as the price of gold is inversely related to the price of the US dollar.

Due to the pre-Fed mood and a light calendar, the market traders will keep their eyes on US initial jobless claims, which are due later in the day, and non-farm payrolls, which will be released on Friday. Meanwhile, the price movement of the US dollar will continue to play a critical role in commodity prices. 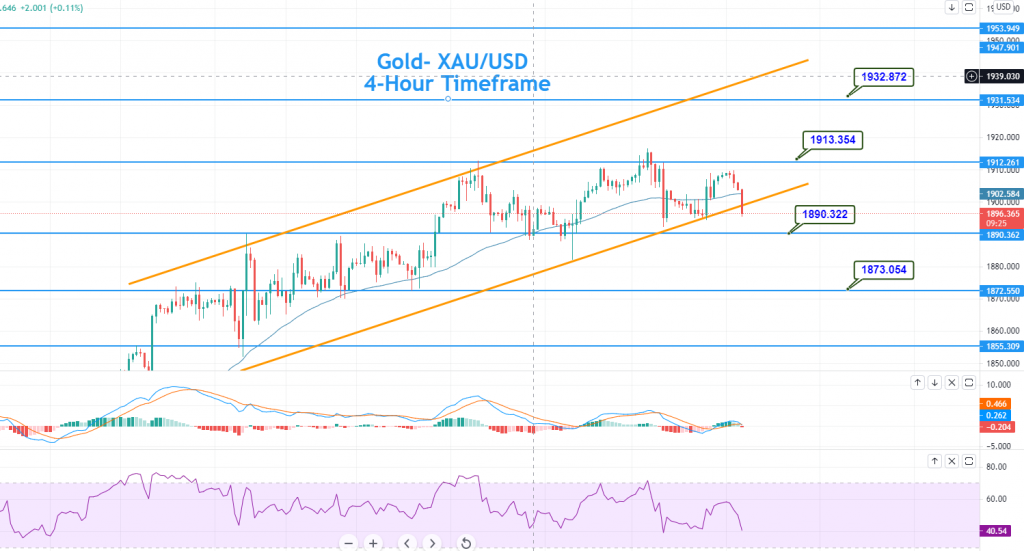 Gold Bullish Bias Dominates - Can it Target 1,836 Today?
9 hours ago