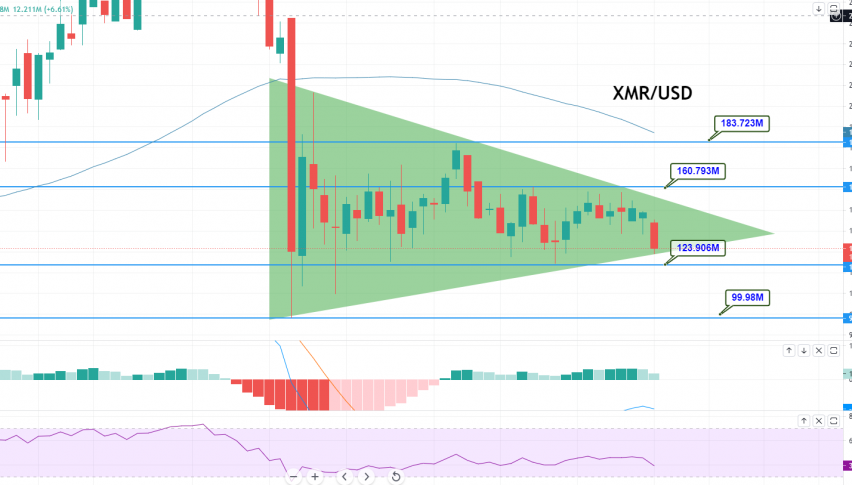 The XMR/USD cryptocurrency pair extended the downward rally we witnessed in the previous session, and drew some other offers below the $250.00 level. The Monero is currently trading at $245.16, and the 24-hour trading volume is $234,631,006. Monero has fallen by 8.62% in the past 24 hours. The selling bias currently affecting the Monero coin is primarily attributed to confusing signals, because many investors and crypto traders are not sure which direction the crypto market is heading in. Apart from this, the strong US dollar, backed by the Fed’s hawkish tone, also played a significant role in undermining the XMR/USD cryptocurrency pair. The XMR/USD price is currently 249.332, and it is consolidating in a range between 240.891 and 265.587.

As already mentioned, the broad-based US dollar continued its bullish moves of the previous week, remaining well supported near multi-month highs on the day. The Fed’s hawkish tone is supporting the greenback. The US Federal Reserve surprised the markets last week by indicating that it would boost interest rates and end emergency bond-buying earlier than expected. In the meantime, the market risk-off mood also played a significant role in underpinning the safe-haven assets, including the US dollar. Therefore, the prevalent upticks in the American currency have been a key factor in keeping the XMR/USD coin under pressure. 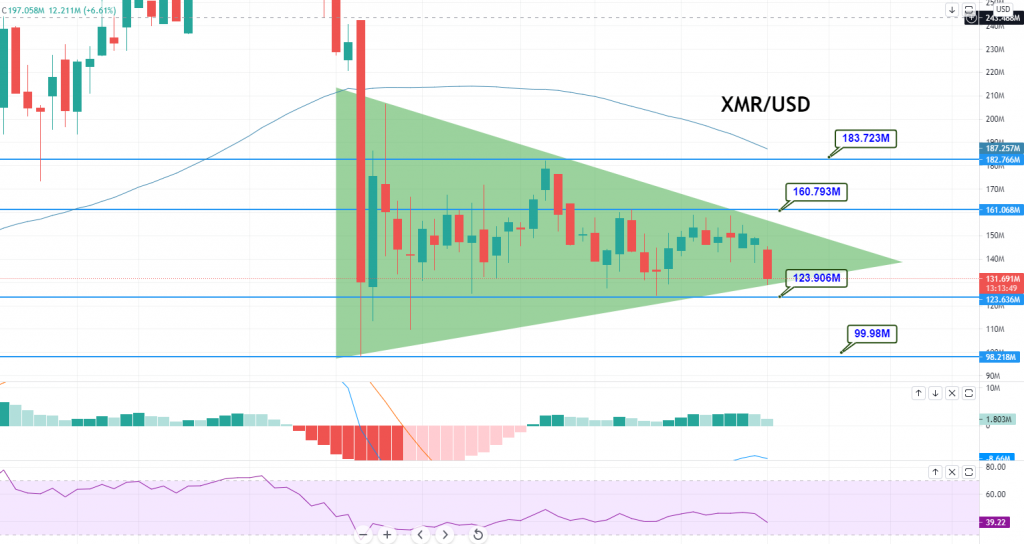 Apart from this, a further reason for the selling bias surrounding the Monero coin could also be attributed to regulatory agency concerns. With all the regulatory hype regarding the criminal use of crypto, investors have been worried that the value of XMR could drop further.Looking ahead, crypto market traders are going to focus on any updates regarding decisions on cryptocurrency by governments and regulatory authorities. As always, it will be important to keep an eye on the trade/political headlines, which can always play a key role.

US Dollar Set to End Week, Month Lower After Fed Plays Down Hawkish Mood
4 days ago