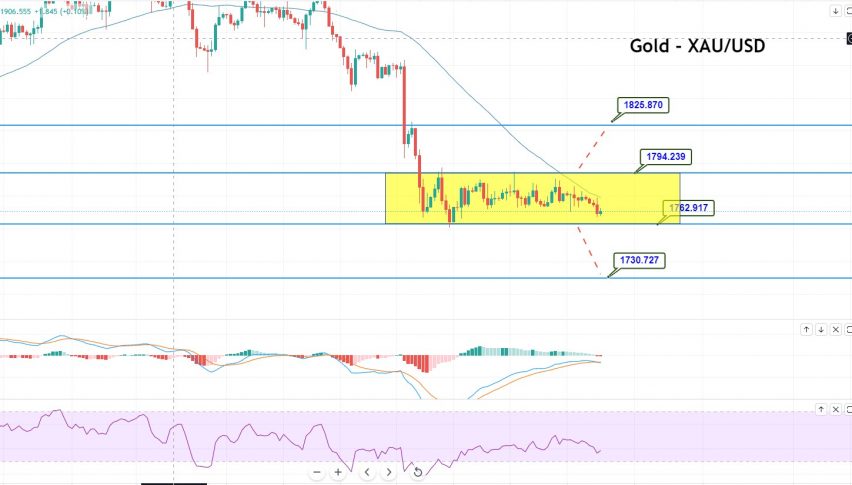 On Tuesday, the precious metal GOLD is trading with a slight bearish bias on the back of a firmer dollar. The stronger dollar made bullion expensive for holders of other currencies. At the same time, anxieties that the US Federal Reserve will contract its monetary policy earlier than anticipated also bent the metal’s appeal. Gold is seen as a hedge against inflation, though a rate hike will raise the opportunity cost of owning bullion and decrease its appeal. 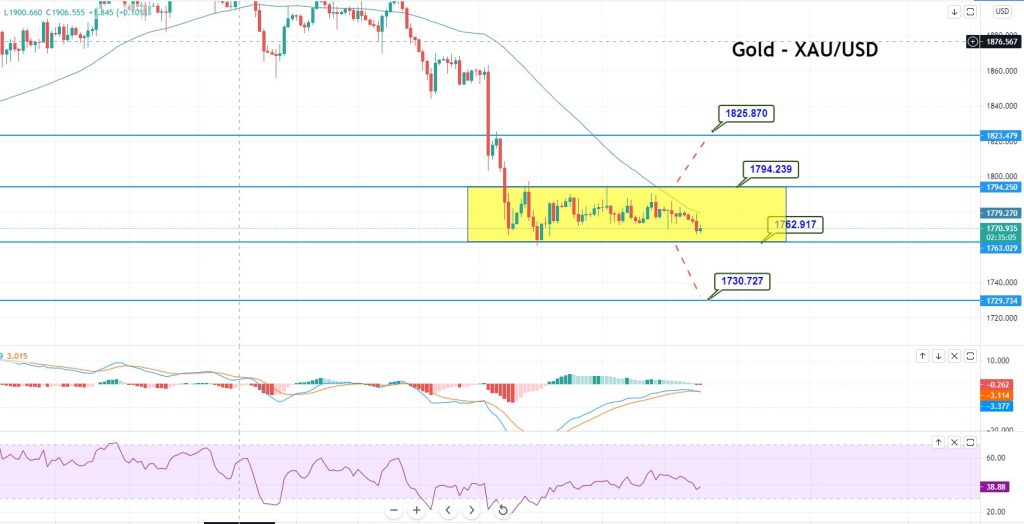 GOLD is trading sideways at the 1,779 level, facing immediate resistance at 1,793, along with a support area of 1,764. A bearish breakout at 1,793 could lead the gold price towards the 1,825 resistance level, while the support level remains at 1,755 and 1,730. The 50 periods EMA suggests a continuation of a bearish bias in gold. However, gold has come closer to the 50 EMA resistance area, at the 1,788 level, and a bullish crossover could extend the selling trend in gold until 1,814. Conversely, the support remains at 1,764. Good luck!

Gold Rejected Below 1,782 Level Despite Dovish FOMC
36 mins ago