Bitcoin Cash plummeted a whopping 40% over the past week, dropping to a low of about $380, from a high of $630. The digital asset has been testing a new support level and aims for a crucial rebound.

Bitcoin Cash has experienced a quick rebound from a new support level at $380, recovering by more than 28% in the past 24 hours. A V-shaped recovery occurs when an asset experiences a massive price decline and then makes a sustained uptrend. At the time of writing, BCH was trading at $485, as the bulls aim to push the highs beyond $600. If this pattern continues, it is expected that the BCH price will quickly jump, to reach a significant level at $800. 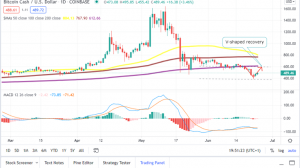 The In/Out of the Money Around Price (IOMap) chart by IntoTheBlock (ITB) indicates that BCH bulls are facing massive resistance upwards. The most significant hurdle is located between $531 and $547, with a total volume of 350,000 tokens being held by 118,000 addresses. If Bitcoin Cash manages to break through these points, its price could jump up, close to $600.

The IOMap model illustrates that the nearest support area is between $475 and $541. Losing this crucial support within this range could drive the BCH price down to the next major support level at $428.

On the upside, the technical outlook based on the Moving Average Convergence Divergence (MACD) indicator shows a positive outlook for the bulls, as can be seen on the BCH/USD Daily chart shown earlier. It is important to realize that when the MACD line (blue) crossed above the signal line, it sent a buy signal to prospective investors. However, the bullish run can only be confirmed if the MACD line rises sharply towards the zero line.

Moreover, closing the day below 480 could mean that the power of the bulls is diminishing. Thus, Bitcoin Cash may have to test the new support levels at $400.

Is Bitcoin Cash a Good Investment?

At the moment, things are looking good for all cryptocurrencies, as major players are exhibiting a bullish outlook that has been taking place for most of June. However, analysts are cautioning investors not to get too hopeful, even for BCH. This is because of the recent criticism of cryptocurrencies, particularly in terms of the energy consumed by mining activities, coupled with China’s ban on Bitcoin mining.

However, those who are bullish about cryptocurrencies being extensively accepted as digital assets believe that cryptos, such as Bitcoin and Bitcoin Cash, have the potential to be widely accepted around the world. Actually, the current recovery in Bitcoin Cash presents a great opportunity for investors to buy, particularly as the MACD is about to confirm the Buy signal.

Comparison of BHC and the Pioneer Cryptocurrency Bitcoin

The market leader, Bitcoin, shows similar trends to the BTC price recovery, from levels just below $30,000, as witnessed on June 22. Bitcoin is currently exchanging hands at around $34,900, which is almost 50% of its ATH in April. 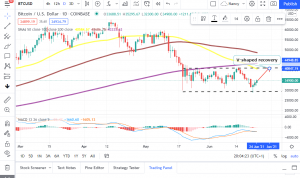 As such, Bitcoin Cash and Bitcoin appear to be showing a similar V-shaped recovery on the daily chart, as they seek to recover from the bloodbath the market has experienced recently. 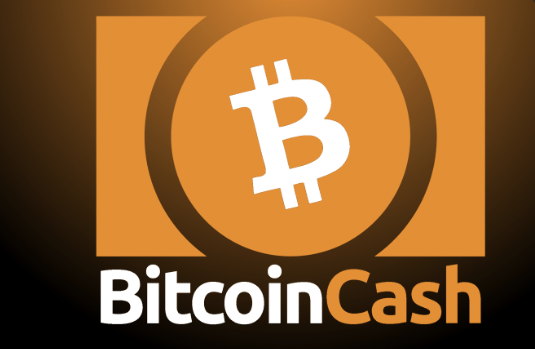 Bitcoin Cash’s (BCH) Bearish Trend Continues, but Is It Ready to Turn around?
2 weeks ago