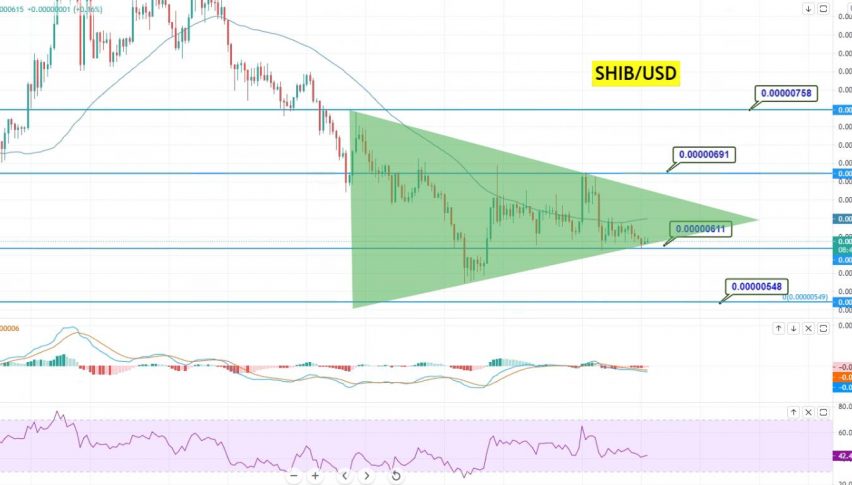 The SHIB/USD closed at $0.00000618, after placing a high of $0.00000635 and a low of $0.00000614. Like all other altcoins, SHIBA INU also remained flat throughout Wednesday’s trading session.
The bullish market sentiment, driven by the leading cryptocurrency, Bitcoin, started to fade, and investors stopped entering the market, rather waiting for big news before jumping in again or moving ahead accordingly.
SHIB/USD

The bullish sentiment, driven by rumors about Amazon, was set straight by the e-commerce giant, and now traders have stopped entering the market, which has resulted in a pause in the movement of altcoins. The Ethereum-based Shiba Inu also followed the trend and experienced minor movements on Wednesday, as there was a lack of any news or fundamentals in the community. However, the US dollar, in which the Shiba Inu token is valued, changed slightly on the day, causing some fluctuations in the market.

The US Dollar Index, which measures the value of the greenback against a basket of six major currencies, fell to 92.23, weighing on the US dollar and ultimately giving the SHIB/INU a push. Meanwhile, during the second wave of the coronavirus in India, which led to an extreme shortage of medical supplies and hospital infrastructure, the crypto community came forward to help.

The Indian crypto entrepreneur and co-founder of Ethereum’s second-layer scaling solution, Sandeep Nailwal, launched a crypto relief fund. This fund was created in April, and it gathered much international support, with the most notable donation coming from Ethereum co-founder Vitalik Buterin.

Buterin donated about 50 trillion Shiba Inu coins from his wallet, which the Shiba Inu creators transferred at the time of the launch, in an effort to increase their attraction. When Buterin donated his Shiba coins, they were valued at about $1 billion. However, since then, the price has declined by about 50%, and the value of the donation has come down to $400 million.

Recently Nailwal revealed that the liquidation process of the relief fund was very difficult, due to regulatory uncertainties and India’s Foreign Contribution Regulation Act. However, the creator found a way to liquidate the tokens by converting them to US dollars first and then into the Indian rupee. Until now, 80% of the funds have been liquidated, and 20% is still available. 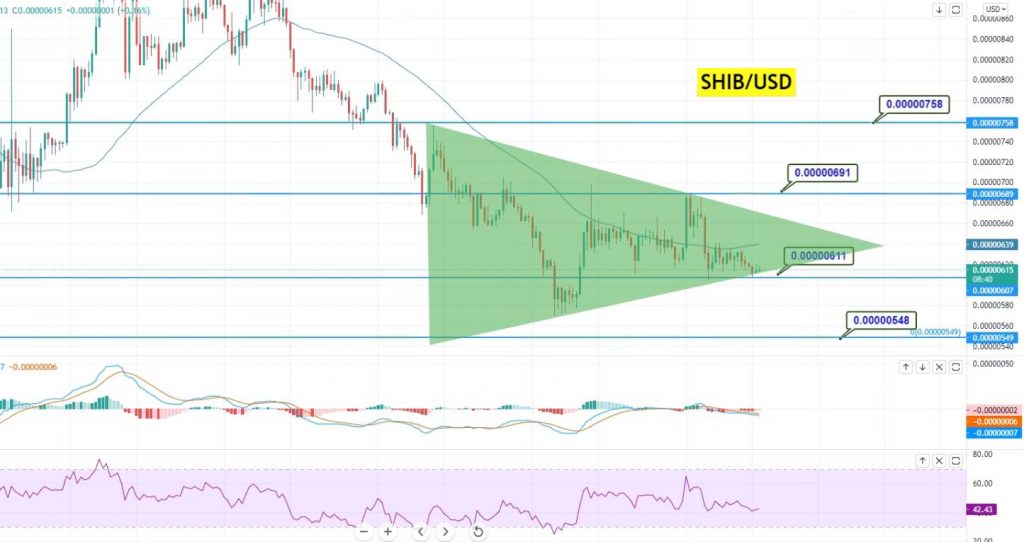 Gold Rejected Below 1,782 Level Despite Dovish FOMC
3 days ago